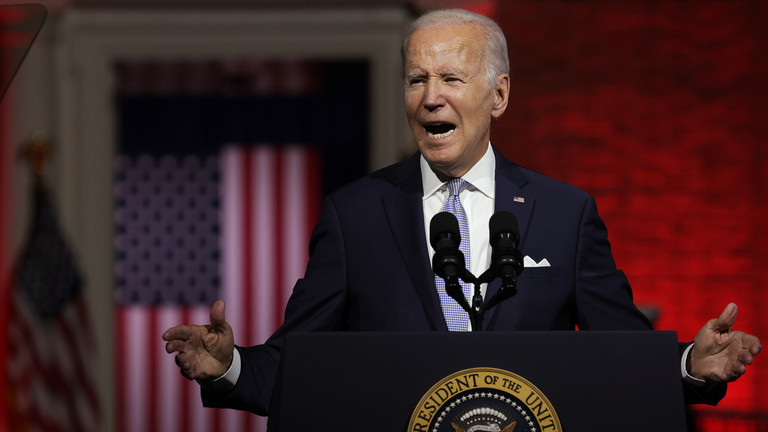 According to a new survey, more than half of Americans believe that President Joe Biden’s September 1 speech in Philadelphia was a “dangerous escalation” of political rhetoric. They also believe that the speech was specifically designed to “incite conflict” and division in the United States.

Does this mean Americans are finally seeing past the left vs. right paradigm lie? Have they finally figured out that we don’t have freedom but a poorly presented illusion of it? Perhaps.

Republicans and independents were overwhelmingly alarmed by Biden’s words, and even 18% of Democrats agree with them, according to a poll published Tuesday by the Trafalgar Group.

According to the Trafalgar survey, 56.8% of the Americans saw the speech as “a dangerous escalation in rhetoric and is designed to incite conflict amongst Americans,” while 35.5% said it was “acceptable campaign messaging that is expected in an election year.” We can expect the rhetoric and political division to ramp up further as we approach the midterm (s)elections.

The dystopian speech had all the hallmarks of those given by tyrannical dictators and some people are beginning to pick up on it.

“When voters tell you they think that the prepared remarks of a sitting president of the US is a dangerous escalation and was designed to incite conflict, we are living in terrifying times,” said Mark Meckler of Convention of States, the group that commissioned the poll. That is an understatement, to say the least.

“Perhaps even more terrifying is the fact that a huge majority of Democrats think this was just a routine, election year stump speech,” he added. Biden, who repeatedly promised to unify the country, “has become the most divisive President in American history,” added Meckler, whose group advocates a constitutional convention to further limit the power of the US government.