The Rothschild dynasty was the MOST POWERFUL banking institution the world has ever known. Many still regard the family as a SHADOW GOVERNMENT, operating in the twilights, dictating worldly events through a web of THINK TANKS and entities, but whatever your opinion of them is, the most famous aspect of their operation REVOLVED around understanding currencies and money supply.

Since the Rothschild family was able to issue credit based on their bank reserves and do it SO EFFICIENTLY, they became more important than governments, kings, or standing armies.

The purchasing power of a nation and the stability of its society BOTH ULTIMATELY have to do with the topic of money supply and its velocity.

It is IMPOSSIBLE to run a functioning economy with a lousy currency, as you can see below: 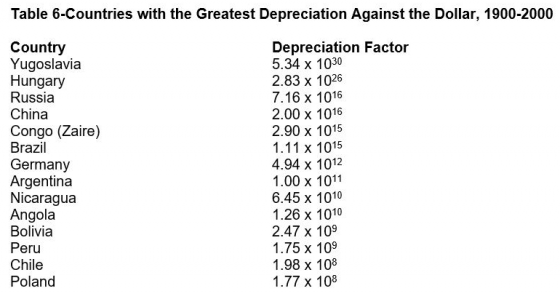 Living in ANY OF THESE countries during times of wild currency swings WAS A NIGHTMARE.

The Rothschild family protected its own PURCHASING POWER with gold and silver.

The government attempted to TAKE THAT OPTION away in 1933, but since the 1970s, the conversion of CASH to gold and silver has been a WINNING TRADE.

Today, virtually nobody owns physical gold and silver in the United States. It is on the fringes and doesn’t get any AIR TIME in the mainstream media as a viable way to store wealth. 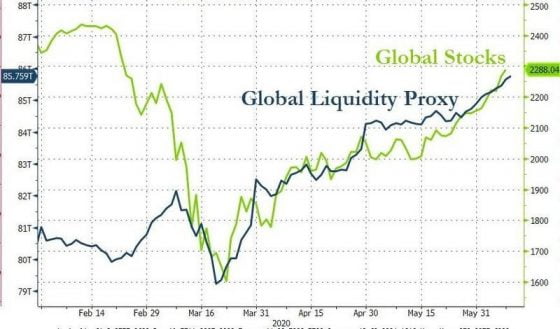 Our age of investing, BY DEFINITION, is largely decided by how much fiat currency IS CIRCULATING. If less of it is issued, prices come down (deflation), and if more of it is out there, especially if the wealthy get access to it first (quantitative easing), prices rise.

The Rothschilds are famous for saying that they care not about who writes the laws of the country, but who permits the currency, and now YOU UNDERSTAND WHY.

The answer is that the rich do both!

That’s the REAL MEANING behind this observation since corporations and lobbyists influence legislation.

In any OPEN SOCIETY, having money is the ultimate advantage in every way.

It doesn’t buy happiness but it does do everything else, so YOU NEED IT.

I’ll tell why this is TRUER THAN EVER: 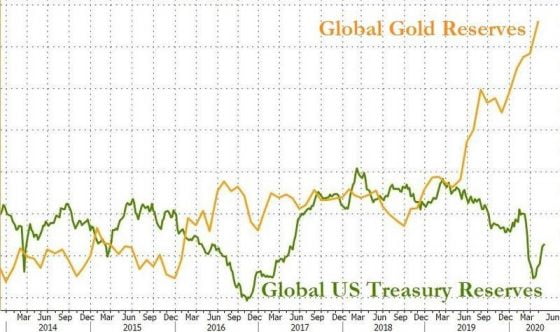 As you can see, in the past year, since BASEL-III regulations designated gold as a tier-1 asset again, the ROTHSCHILDS OF THE WORLD, governments and central banks, have preferred gold OVER TREASURIES.

The Baby Boomers aren’t buying too much gold and Gen Xers and Millennials PREFER Bitcoin over precious metals, so where will the bid come from to lift gold over $2,000/ounce?

The reason is the same as in 2009: it is REFLATION and it is granting us a ROTHSCHILD MOMENT, a window of opportunity to be positioned ahead of FORCED DEMAND. 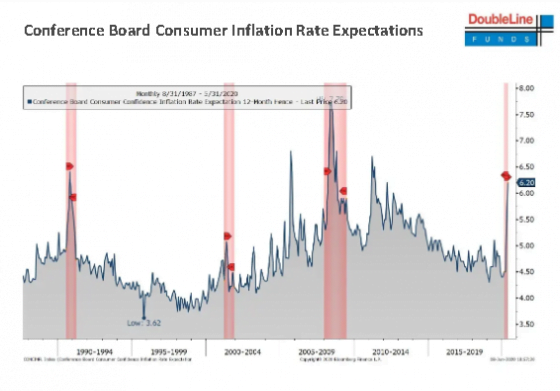 As you can see, the average American is now 100% CONVINCED that next year’s prices will be more expensive than this year’s.

Their CONFIDENCE LEVEL is very low because of the job market, but the minute they regain footing, my analysis points towards SILVER GOING OVER $20/ounce.

Couple the above with the fact that China must continue to grow to avoid CIVIL UNREST and my thesis is complete.

It will not be a SMOOTH RIDE, but the Federal Reserve’s actions, combined with Washington’s, leave NO ROOM for the imagination – prices are going higher.