Superbugs Are Killing Antibiotics: We Are Running Out Of Ways To Treat Infections 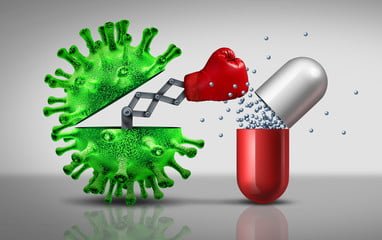 When antibiotics prove ineffective against an E. coli infection, as many as half the patients with it die within two weeks. And because of the overuse of antibiotics by Western medicine, many infectious bacteria have evolved to survive the medications we use.  This the official “death of antibiotics.”

But we are now also running out of ways to treat these superbug infections. Bacteria such as E. coli just continue to evolve beyond what drugs are used on it to develop resistance. That’s exactly why the Columbia E. coli was so worrying. Over the past decade or two, E. coli has developed resistance to one antibiotic after another.

In January, Columbia University revealed that four patients at its Irving Medical Center in New York had been sick with an unusual version of E. coli , a common gut bacterium. Although the news largely escaped attention in the media, it ricocheted through the world of infectious disease experts. E. coli is a relatively common bacterium and benign when it’s in the gut, where it usually lives, but in the wrong places—such as in lettuce or ground beef, or our bloodstream—it can turn deadly. –Newsweek, The Death Of Antibiotics: We’re Running Out Of Effective Drugs To Fight Off An Army Of Superbugs

“We’re looking to the shelf for the next antibiotic, and there’s nothing there,” says Erica Shenoy, associate chief of the infection control unit at Massachusetts General Hospital. “We’re facing the specter of patients with infections we can’t treat.”

Some of the patients infected with the Columbia E. coli could only put their last hope in the antibiotic colistin. Colistin is a toxic substance with potential side effects that include kidney and brain damage, but it was the only thing that could work and possibly save their lives. However, the Columbia E. coli had a mutation in a gene, MCR-1, that confers a terrifying attribute: it is imperviousness to colistin.

There are no antibiotics left, as E. coli’s evolution outpaced western medicine’s.  While Big Pharma is worried about getting everyone vaccinated and hooked on psychotropic drugs so they can line their own pockets, they are ignoring the real threat: Superbugs.

New data is showing why India appears to be the breeding grounds for antibiotics resistant strains, and it’s all the fault of Big Pharma and their “money before people” philosophy. Drug companies (Big Pharma) are selling millions of dubious and unapproved cocktails of antibiotics in India. All of these could spur the development of drug-resistant bacteria and imperil patients. The finding, published Monday in the British Journal of Clinical Pharmacology by UK health experts, suggests that the country poses a risk to global health and undermines efforts to control drug resistance. But not because India is inherently unsafe, but because drug companies take advantage of India’s bacterial infections. –SHTFPlan

It’s not just E. coli bacteria that is evolving either. Drug-resistant strains of Staphylococcus, Enterobacteriaceae, and Clostridium difficile have been steadily overcoming antibiotics; one study found that the number of deaths due to resistant infections quintupled between 2007 and 2015. And funguses are beginning to resist the antibiotics used to kill them too. A few treatment-resistant versions of the fungus Candida auris have shown up in hospitals in New York City and Chicago, killing half of all infected patients.

Drug-resistant infections have been a growing concern among doctors.  With the overuse of antibiotics, the evolutionary rise of “superbugs” has begun.  Candida auris does not respond to anti-fungal drugs, making it difficult to treat.  In some patients, the infection is so deep that the yeast causing it can enter the bloodstream and spread throughout the body. This causes a serious invasive infection which, again, doesn’t respond to drugs. –SHTFPlan

The U.S. Centers for Disease Control and Prevention reported that 2 million people each year are infected in by bacteria or fungi resistant to major antibiotics in the United States. A whopping  23,000 die from those infections as medications cannot kill the organism causing the sickness. “It’s probably a vast underestimate,” says Karen Hoffman, who heads the Association for Professionals in Infection Control and Epidemiology. “We don’t have a good reporting system for multiresistant organisms, so we don’t really know.”

The World Health Organization has predicted that the worldwide death rates from drug-resistant microbes will climb from the current 700,000 per year to 10 million by 2050. At that point, they will have surpassed cancer, heart disease, and diabetes to become the main cause of death in the human race.

And there is still no end in sight.  As more organisms become resistant to the drugs, they will become more deadly.