“Stunning Secret”: Andrew Breitbart Planned to Expose a Candidate Right Before Election, Too 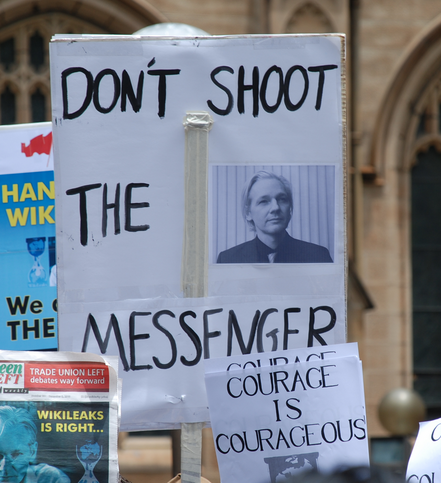 There is a secret battle for the October Surprise, and it remains to be seen how it will play out. Clearly, there is a great deal at stake in this election.

Not only is Hillary running against Trump, but the American people are fighting against an open takeover by a usurper who has no regard for the rights of Americans, and who is willing to smite down anyone standing in her way.

There has been a string of highly suspicious deaths following in the wake of Hillary Clinton’s ascent to the throne. One of them, gunned down in the streets of DC, was Seth Rich a high level DNC staffer dealing with election data; Julian Assange openly suggested that Rich may have been the insider who leaked the DNC files that forced DNC chairwoman Debbie Wasserman Schultz to step down.

But Wikileaks and Julian Assange have more to share with the world. The implication is that what he knows will be bombshell for the election. But Assange has disclosed yet, and his October 4th announcement has been delayed for security reasons after a threat of some kind was issued against him.

In 2012, Andrew Breitbart teased “Wait ‘Til They See What Happens March 1st.” Instead of that date marking the release of video so shocking and damning to Obama that he would fail reelection, it marked his own suspicious death.

Will the same fate fall upon Julian Assange – whose life has already been threatened by the establishment in general countless times as well as by Hillary Clinton personally on at least one reported occasion?

As C. Ervana points out:

What bombshell is coming from Wikileaks? It appears that Assange will “announce” the leak from the Ecuadorian embassy, rather than posting it online, no doubt because it would be censored. Although it was suggested the announcement could come as early as October 4, 2016, it appears now that it will be delayed for “security reasons.”

We are entering into a very difficult time period, with routine censorship in Western countries and those who are especially threatening being shot. Almost nobody would dispute the unusual amount of people who were ready to testify against Hillary Clinton, who were ready to sue the Clinton’s, etc., have turned up dead. Julian Assange is a prime target of the Clinton’s, because he threatens to expose the truth about them.

Andrew Breitbart did this to Obama back in 2012, and he was poisoned. This came shortly after he appeared on national television, proclaiming that he had received evidence that linked Obama firmly to William Ayers.

Breitbart and Assange share almost identical stories: two journalists who received intelligence about U.S. presidential candidates and threatened to expose them very close to the election. The difference is that Breitbart is dead, and Assange is still alive. But if we look at the Clinton body count, the trend does not look good for Assange. The ICANN transfer might temporarily delay Assange’s ambition to publish the Hillary documents, but it won’t stop him entirely. He could still find a way to disseminate these files, or perhaps, to have another entity outside of Wikileaks distribute them. Whatever happens, Obama has as much liability as Clinton in this, especially if the Wikileaks document dump surrounds Hillary’s time as secretary of state, potentially her selling of weapons to ISIS (which is rumored to be part of what the files say), her arming and support of ISIS at the command of Obama.

Does he hold pivotal, bombshell information – something that the world doesn’t already know about Hillary Clinton – that Wikileaks will release to the world, or will he be silenced?

All that remains to be seen, but it seems that new powers of Internet censorship and global control over the manipulation of information the web are being used in some major, though subtle ways in order to keep people unaware about the truth of their misleaders and those hungry for power.

Is there any reason NOT to be completely conspiratorial about how this election will play out?

Certainly, there is plenty of drama.