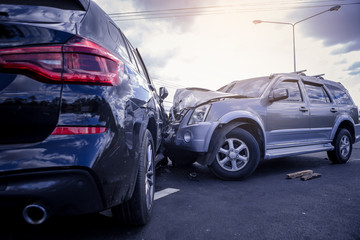 A new study released this month by members of the Temerty Faculty of Medicine at Toronto University in Canada makes the bizarre claim that being unvaccinated is an indicator of psychological risk-taking and recklessness.  The authors, Donald A. Redelmeier, MD, Jonathan Wang, MMASc, and Deva Thiruchelvam, Msc argue that data involving traffic accidents in which one or more people are admitted to the hospital for injuries shows a correlation between vaccination status and car wrecks.

Not surprisingly, the data sources involved in the study strongly support the original premise.  But we’ll get to that in a moment…

The first question one might ask is why in the world anyone would engage in such a study in the first place.  The notion is out of left field and requires a couple of initial assumptions – That unvaccinated people are a monolithic group that shares the same psychological motivators, and that those motivators are dangerous.  Without this rather biased assumption, it’s unlikely that a group of doctors or scientists would dream up the study in the first place.

Of course, strange premises are not necessarily proof of rigged conclusions.  So, let’s get into motivations:

The authors of the study are all members of the University of Toronto Temerty Faculty and the Sunnybrooke Health Sciences Centre.  This faculty and section of the university were funded by a $250 million grant from James C. Temerty and the Temerty Foundation in 2020; it was the single largest gift in Canadian history.  The money was designated to various areas of the university, but a large portion went directly into Covid-19 research projects.

So who is James Temerty?  He is a Ukrainian-born citizen of Canada and the founder of Northland Power, but his non-profit foundation appears to be his primary focus.  He is also on the advisory board of the Atlantic Council, a globalist think-tank out of Washington DC with many of the same ideological aims promoted by the World Economic Forum.  In fact, members of the Atlantic Council are often invited to speak at WEF functions and none other than Klaus Schwab was the very first recipient of the Atlantic Council’s “Global Citizen Award” several years ago.

The Atlantic Council advisory board is a long list of global elites and corporate heads.  The institution also had previous connections to Charles Koch, though this relationship has apparently ended.

Does anyone in the vaccine industry and Big Pharma have a close relationship to the Atlantic Council?  Of course.  Albert Bourla, the Chairman and CEO of Pfizer.  Bourla is often invited to speak at Atlantic Council events and was awarded the council’s Global Citizen Award just last year.

As many people are now aware, the methodology of globalist think tanks is to use philanthropy (large sums of tax-deductible money) as a means to control society by influencing (or corrupting) the top 10% in the professional class/academic class.

If you can buy the people that run the colleges, buy the people in suits and buy the people in lab coats then you can own the narrative and control the other 90% of people who simply “defer to the experts” without doing their research.  The Temerty Foundation clearly has a high level of influence over the University of Toronto and its medical wing, and James Temerty is on the advisory board of a globalist institution that has aggressively supported the Pfizer narrative on covid mandates and vaccination.

Any covid based study funded by members of the Atlantic Council should be immediately treated as suspect.

The study claims to have developed its reference points using encrypted identifiers from official government registries.  In other words, they exploited private medical data tracked by the Canadian government.  By cross-referencing vaccination status with severe traffic accidents, the group asserts that the unvaccinated are 72% more likely to harm themselves or others in the process of a car wreck.

There are two problems immediately evident from a scientific standpoint:

One, the group admits that a much larger portion of people who are unvaccinated were younger, ages 18-39.  This makes perfect sense, because the vast majority of young people are at near zero risk of mortality from a covid infection.  The median Infection Fatality rate of covid is a tiny 0.23%, and the younger you are, the more the IFR shrinks.  Why get a vaccine for a virus that is no threat to your age group, and that doesn’t prevent transmission to those around you anyway?

But beyond that, younger people are also statistically more likely to get into car accidents by virtue of age, inexperience and more reckless behavior.  While teens are known for auto accidents, insurance companies rate people ages 25 – 34 as the deadliest drivers on the road.  This age group, coincidentally, makes up the bulk of the Temerty Faculty’s unvaccinated test case.

In other words, the study seems to ignore the age factor in an effort to support the unvaccinated factor.  Maybe their vaccine status has nothing to do with their risky behavior and their younger age is the actual cause?  Which is more likely given the circumstance?

Two, another problem with the study is the complete lack of peer review and the inability for independent analysis of their core data.  The group claims to have used encrypted government medical data that is unavailable to the public (rather convenient, right?).  While certain government officials might be able to get quick access, there is no way for the general public to look at this data to see if their claims are accurate or if the study is rigged.  They could, frankly, say whatever they want about the unvaccinated being dangerous and no one would be able to disprove it for quite some time.

Perhaps a couple of years down the road the study will be debunked, but as in most cases of dubious and potentially politically motivated science the headlines stick in people’s minds while no one notices the retractions.

But what would be the motive for exaggerating this kind of study other than to try to make the unvaccinated look bad?  Consider the possibility of insurance as leverage.

Most people are required by law to have insurance of one kind or another, including car insurance, and the premiums they have to pay are based on a company’s (or government’s) determination of risk.  Imagine if your insurance rates in every area skyrocketed because you are unvaccinated and are considered high risk.  This is likely the root purpose of studies like the one in Toronto.

Punish the unvaccinated by institutionalizing vaccine status into every facet of life, including car insurance, health insurance, life insurance, home insurance, business insurance, etc.  Another point of leverage would be credit.  Many bank loans are also based on the concept of low risk, but if you are unvaccinated and labeled high risk in life and in finances then you could be rejected for future access to funds.

The basic strategy is this:  Use high costs to force the unvaccinated into compliance, and slowly whittle the public down.  These people won’t give up easily, and since the direct route of medical tyranny has failed, they have decided to use indirect chicanery to get what they want.