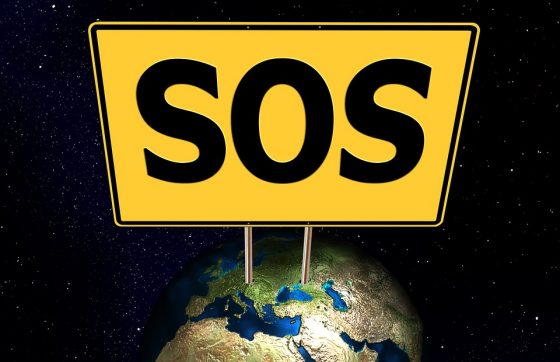 Elon Musk’s SpaceX is one of many companies continuing to launch vehicles into the sky and space despite expert opposition (see 1, 2, 3, 4, 5, 6, 7, 8, 9, 10, 11, 12, 13) and increasing safety risks which recently includes a Chinese rocket falling out of the sky AND a SpaceX starship exploding.

Not being discussed as much – how the Electromagnetic Frequencies (EMF) being emitted by satellites affect our health.  EMF exposure and health issues actually have a long history – even being used by the military for “mind control.”  At least that’s what was reported by CNN in 1985.

So satellites and similar vehicles providing worldwide internet coverage may not be so sexy after all.  People are already reporting symptoms from recently launched satellites.  As more are introduced, human and environmental health issues are likely to increase and could be much more devastating.

Thanks to Arthur Firstenberg for documenting all of this in his June newsletter:

ON MAY 26, SPACEX FILED an application with the Federal Communications Commission for 30,000 “next-generation” (“Gen2”) satellites.They will orbit at between 328 km (203 miles) and 614 km (380 miles) in altitude. They will use frequencies from 10.7 GHz to 86 GHz. They will aim focused beams that will cover the Earth in a mosaic of overlapping cells, each cell being about 8 kilometers in diameter.

The databases filed with the FCC by SpaceX indicate that40,700 1-MHz channels are available to each satellite, and that a minimum of 7.8125 MHz of spectrum is needed for each user, if I am interpreting them correctly. Which means the Gen2 Starlink satellites could be capable of serving up to 150 million Internet users at the same time. This is not a good thing. In my last newsletter I requested to hear from people who have been having heart palpitations since April 22. With its launch of 60 more satellites on April 22, SpaceX brought the number of its “first generation”(“Gen1”) satellites up to 420, which is the number it had previously announced it needed for “minor”coverage of the mid-latitudes to about 56 degrees north and south. The responses to my request have come from far and wide, and I find them extremely disturbing.

Here are some of them: