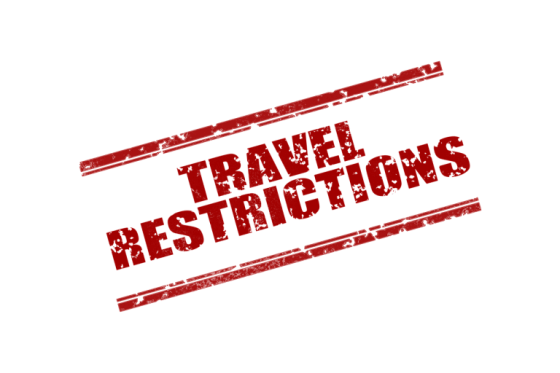 EDITOR’S NOTE: Some said this “can’t happen here.” It’s happening. The cure has become worse than the problem. We are living in a totalitarian state.

Department of Defense: The Military Has MASS Quarantine Camps Set Up In The U.S.

All of a sudden, people all over the country are very afraid of travelers from New York, Louisiana and other COVID-19 “hotspots” across the nation.  In fact, as you will see below, some states are now trying to intercept travelers from other states and force them into quarantine.

Measures that would have been unthinkable just a few short weeks ago have now become a reality, and things are likely to get even crazier in the days ahead.  If this pandemic is causing this much fear already even though less than 3,000 Americans have died so far, what will the level of fear be if 30,000 or 300,000 Americans die?

Unfortunately, many experts are now warning that the death toll will eventually get very high in this country.  For example, on Sunday Dr. Anthony Fauci told CNN that he expects to see more than 100,000 deaths in the U.S. alone…

Dr. Anthony Fauci, the government’s top expert on infectious diseases, predicted Sunday that the United States will end up with “millions” of cases of coronavirus and up to 200,000 deaths by the time the pandemic ends, though he cautioned that any projection of mortality statistics could “easily” end up being wrong.

This virus spreads so easily from person to person, and once it gets loose in a city it can spread like wildfire.

Right now, New York City is being hit harder than anywhere else in the country.  At this point close to 700 members of the NYPD have tested positive for the virus, and the public transportation system is being flooded with calls from sick employees…

The MTA’s 24-hour hot line for workers with coronavirus symptoms is constantly crashing because it’s being flooded with calls — and higher-ups are bracing for a mass sickout, transit insiders told The Post.

Overall, the death toll in New York has reached nearly 1,000, and many believe that what we have seen so far is just the beginning.

Needless to say, hospitals are rapidly being overwhelmed, and basic medical supplies are being used up fast.

Fortunately, a lot of outside help is coming in.  On Sunday, I was greatly encouraged to learn that Samaritan’s Purse is actually putting up a field hospital in Central Park…

Dozens of people worked in a drizzle to erect the facility for an expected influx of COVID-19 patients at the epicenter of the US coronavirus pandemic.

Samaritan’s Purse, a US-based Christian global relief agency, is setting up the hospital on the park’s East Meadow lawn, where workers in face masks unloaded a white tarp and other equipment on the grass. The site is right across from one of the facilities in the Mount Sinai hospital group.

But as other states have watched the nightmare that is currently unfolding in New York, they have become greatly alarmed, and some have even taken measures to try to prevent New Yorkers from spreading the virus to their communities.

Beginning on Friday, authorities in Rhode Island started stopping vehicles “with New York plates”, and any New Yorkers that were discovered were forced into “14 days of self-quarantine”…

When New York Governor Andrew Cuomo found out about this, he went ballistic, because it specifically discriminated against citizens of his state.

Gov. Gina Raimondo instead has expanded the order to include ‘any person’ coming to Rhode Island from another state to ‘immediately self-quarantine for 14 days’.

The directive, signed late Saturday, does not apply to health workers or those working in public safety. It reads: ‘Any person coming to Rhode Island from another state for a non-work-related purpose must immediately self-quarantine for 14 days.’

Of course, Rhode Island is basically the size of a postage stamp, and so not that many people are too worried about what they are doing.

But Florida is a much bigger deal.

Florida has already been forcing anyone flying in from New York to self-quarantine for 14 days, and on Friday Governor Ron DeSantis expanded that directive to include anyone traveling into the state from Louisiana…

New Orleans is experiencing a coronavirus surge of more than 1,000 infections linked to the Mardi Gras celebration in February, sending Louisiana’s total number of cases past 3,300 as of Saturday. DeSantis wants to intercept any Louisiana travelers from “seeding” the virus in Florida.

It’s about a three-hour drive from New Orleans to Pensacola, Florida, and panhandle officials had expressed concerns to him about travelers fleeing the Bayou State and carrying the virus into Florida.

In fact, a highway checkpoint has already been set up on Interstate 10 so that police can monitor who is coming into the state…

“Look, we’re either trying to fight this virus or we are not,” DeSantis said of his plan that includes a checkpoint on Interstate 10 at the Alabama line and National Guard members greeting travelers from the New York City area at airports.

In the days ahead, more states may start implementing such measures.

So if you are still not where you want to be to ride out this pandemic, you need to get there as quickly as possible.

We still don’t know how bad this crisis is going to become.  It may fizzle out with just a few hundred thousand deaths globally, or we may end up with a nightmare scenario in which millions die.

We just don’t know yet.

But those that are running things are starting to act like we are facing a worst-case scenario, and that should deeply alarm us all.

For instance, I was quite surprised to learn that officials from U.S. Northern Command have isolated themselves inside the giant Cheyenne Mountain facility in Colorado…

‘To ensure that we can defend the homeland despite this pandemic, our command and control watch teams here in the headquarters split into multiple shifts and portions of our watch team began working from Cheyenne Mountain Air Force Station, creating a third team at an alternate location as well,’ Air Force General Terrence O’Shaughnessy, head of U.S. Northern Command and NORAD, said during a Facebook Live town hall with those under his command.

Perhaps such a move is warranted during a time of great crisis, but what really got my attention was the following statement that O’Shaughnessy made…

‘My primary concern was … are we going to have the space inside the mountain for everybody who wants to move in there, and I’m not at liberty to discuss who’s moving in there,’ O’Shaughnessy added.

Apparently so many people were clamoring to get inside Cheyenne Mountain Air Force Station that he was concerned that there wouldn’t be room for them all?

I don’t like the sound of that at all.

We live in very strange times, and they are about to get even stranger.

About the Author: I am a voice crying out for change in a society that generally seems content to stay asleep. My name is Michael Snyder and I am the publisher of The Economic Collapse Blog, End Of The American Dream and The Most Important News, and the articles that I publish on those sites are republished on dozens of other prominent websites all over the globe. I have written four books that are available on Amazon.com including The Beginning Of The End, Get Prepared Now, and Living A Life That Really Matters. (#CommissionsEarned) By purchasing those books you help to support my work. I always freely and happily allow others to republish my articles on their own websites, but due to government regulations, I need those that republish my articles to include this “About the Author” section with each article. In order to comply with those government regulations, I need to tell you that the controversial opinions in this article are mine alone and do not necessarily reflect the views of the websites where my work is republished. The material contained in this article is for general information purposes only, and readers should consult licensed professionals before making any legal, business, financial or health decisions. Those responding to this article by making comments are solely responsible for their viewpoints, and those viewpoints do not necessarily represent the viewpoints of Michael Snyder or the operators of the websites where my work is republished. I encourage you to follow me on social media on Facebook and Twitter, and anyway that you can share these articles with others is a great help.  During these very challenging times, people will need hope more than ever before, and it is our goal to share the gospel of Jesus Christ with all many people as we possibly can.