Solomon Islands Experiences A ‘Shower Of Ash’ After Volcanic Eruption 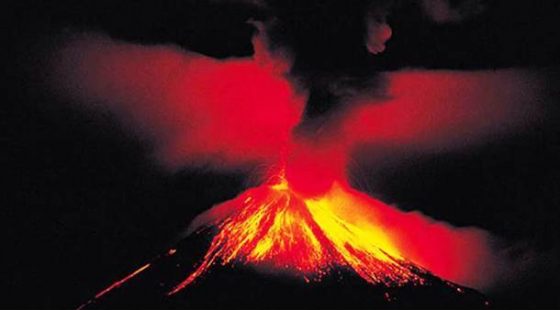 A volcano erupted in the Solomon Islands on Friday. It caused showers of ash to fall to the ground and residents were warned to stay indoors on Monday as the volcanic ash continued to fall.

The volcano erupted at about 2:00 am local time on Friday and the Vanuatu government said the situation had settled. However, by Monday officials said they were not sure if the eruption would continue and how safe it was. Volcanic activity has been incredibly volatile in the area in the past few months. In fact, last month, the nearby Ambae Island was evacuated after an eruption.

The recent eruption of the volcano called Tinakula, which forms an uninhabited island in the northern Temotu province, roared to life throwing harmful volcanic ash into the air. Villages on nearby islands are reporting heavy ash raining down on their homes. Many residents are living on coconuts as their wells and water tanks have been contaminated by the ash.

According to Radio New Zealand, the director of the National Disaster Management Office in Honiara, Loti Yates, said a police patrol had been deployed from the provincial capital, Lata. He also stated that information had been slow to trickle out of the remote area, and it could be sometime before the gravity of the full situation was known.

An aviation warning has been issued for the Santa Cruz area because of the ash. Authorities in the Solomon Islands are also steadfastly attempting to find out if there’s been any damage after the remote volcano erupted a few days ago.

“Authorities do not have a scientific way to monitor the situation and determine when it will end,” the Solomon Islands Broadcasting Corporation (SIBC) quoted National Disaster Management Office director Loti Yates as saying. “As much as possible, people need to stay indoors,” he said while downplaying the significance of the eruption. “From what we know currently, the danger of the volcano’s impact on Santa Cruz is very small or very limited,” he said.

The impact on public health from the falling ash appears to be the main concern followed closely by the impact on air travel restrictions.