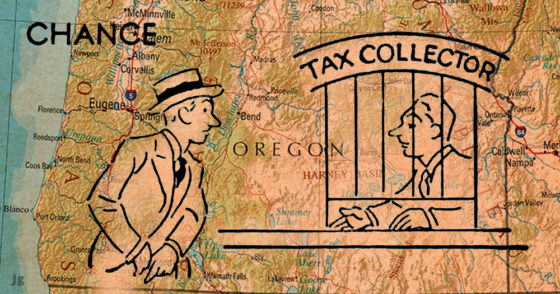 Typical socialists: approve a massive government program by calling it a “right” with exactly zero plans or ideas on how to fund the program.

House Democrats in Oregon passed a resolution referring a question to voters without a single Republican vote. It heads next to the Senate. The provision would ask voters to alter the state Constitution to declare healthcare a “right.” There are many reasons healthcare isn’t a right, but that’s neither here nor there.

Owning a gun is right, but there aren’t any gun owners running around demanding exorbitant tax increases so the government can provide everyone who wants a gun with one. This is exactly what the left always gets wrong about healthcare.

Just because our rights are secured by government, it does not follow that they must be provided by government. This means that while it is correct to suggest that people have a right to food, it is incorrect to say that the state must provide it. Indeed, flowing from our rights to liberty and life, we have the right to keep the fruits of our labor, through which the marketplace has proved superior in providing access to food, as failed communist states have made clear. This brings us to the heart of what is wrong with declaring health care—ex nihilo—a human right. –The Federalist

Buoyed by voters’ approval of health care taxes in the January special elections and terrified of congressional Republican attempts to undo the Affordable Care Act, Oregon Democrats are looking at health care as a key election issue this year. But not even all Democrats agree. Some say that the federal government (the same government that’s $20 trillion in debt with over $100 trillion in unfunded liabilities) should be in charge of universal healthcare, not the Oregon state government.

Not to mention putting any government in charge of any amount of healthcare leads to the gradual stripping of medical freedom from individuals and the eventual outcome is medical tyranny. It also has no idea how to get the money to provide all Oregonians with “free” healthcare. The League of Women Voters’ president Norman Turrill and social policy coordinator Karen Nibler pointed out that without federal funding for universal health care, Oregon would be on the hook to cover the entire cost.

“The League cannot support an amendment for health care as a right because there is an implied state responsibility to provide the health care for all residents,” Turrill and Nibler wrote. “The state of Oregon has insufficient income to support its current responsibilities and cannot provide the added cost of health care coverage for all its residents at this time.” Imagine that. Things have to be paid for, but surely Oregon voters would just vote away more of their money.  They love tax increases it seems.