“Socialism Has Produced Some Very Powerful Millionaires”: As Venezuelans Starve In The Streets, The Elites Party On 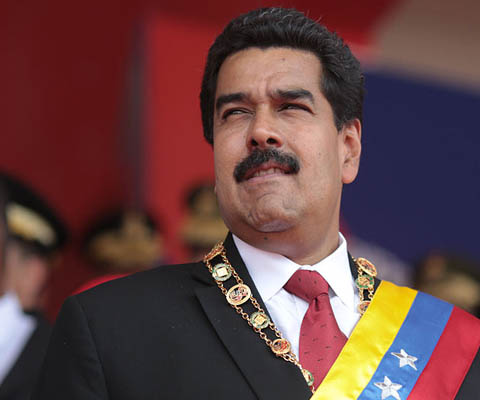 It’s always funny to debate socialists on the merits of their ideology. If you point to a country like Venezuela, and say “See! This is what socialism leads to,” they’ll no doubt claim that it isn’t a real example of socialism. But if you went back in time by just a few years, you’d find that their perception of Venezuela was quite different.

Celebrities like Sean Penn, Oliver Stone, and Danny Glover praised the regime not too long ago, as did intellectuals like Noam Chomsky. Six years ago, Bernie Sanders claimed that “the American dream is more apt to be realized in South America, in places such as Ecuador, Venezuela and Argentina.” These days however, those voices are conveniently silent in regards to Venezuela. There’s always at least one “perfect” example of socialism for leftists to hold up, right up until that that shining example utterly fails.

But that is by no means the extant of their cognitive dissonance. While these same figures preach about how equitable socialism is, and rail against the 1%, socialist countries like Venezuela are run by tiny wealthy elites who are having a blast while their countrymen starve in the streets.

The country may be stricken by poverty and political violence, but a rich minority acts like they are untouched by the crisis.

Case in point: Caracas, one of the world’s most violent cities, is the first in South America to open a branch of the trendy Buddha Bar international nightclub chain.

In a country where basics such as flour and sugar are in short supply, Buddha Bar guests can order tuna steak, pork ribs or fish tacos — as long as they have dollars to pay.

“You can have as good a time here in Caracas as in New York, Dubai or Saint Petersburg,” says one of its owners, Cristhian Estephan.

Eight pieces of salmon and shrimp sushi here cost 55,700 bolivars, or the equivalent of more than a quarter of the country’s official monthly minimum wage…

…While the mass protests against President Nicolas Maduro show that Venezuelans’ anger at their hardship is boiling over, the well-off are still managing to have fun.

This always happens in socialist countries, because socialist regimes don’t distribute the wealth equally to everyone. Once the government has a firm grip on the economy, it can distribute that wealth to whoever is the most loyal to the regime.

“Wealth in Venezuela is generated by state revenues that depend on the oil sector,” says Colette Capriles, a sociologist at Simon Bolivar University.

“The state redistributes that revenue. The Chavez government used it with preference for those who needed it most,” with social welfare spending, she says.

But it also offered an opportunity for those close to power to line their pockets.

“This form of socialism has produced some very powerful millionaires,” says Capriles.

“Most of them are government officials or people close to them — and currently they are one of the main things holding up the government.”

I’m sure that fact is also conveniently ignored by leftists celebrities and intellectuals. They’re so wrapped up in their ideology that they can’t see the truth that is staring them in the face. Not only does socialism always fail, this ideology that so many leftists claim can end wealth inequality, always leaves the masses hungry and poor. It always props up a rich elite class that is insulated from the problems that they cause.

Letters from Venezuela: This Is What Life Is Really Like in a Post-Collapse Society