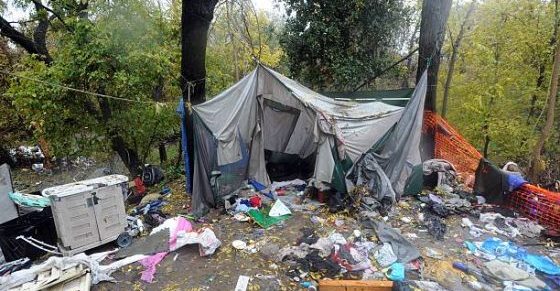 Silicon Valley is the home to tech giants like Facebook, Apple, and Google. It’s also home to a surging working homeless population who live in dilapidated RV’s, tents, and their own cars, all thanks to the policies Democrats love to implement.

The surging number of those working in Silicon Valley and still unable to afford adequate housing should be a warning about big government, but it sure doesn’t seem like anyone is taking notice as their taxes continue to rise. As governments creep toward socialism though, poverty becomes the norm, not the exception. Silicon Valley has the highest median income in the nation. But a soaring tax burden and expensive regulations have caused housing prices to increase which has also caused homelessness to surge.

More than 10,000 people were living without shelter across San Jose and Santa Clara Counties on any given night in 2016, though that figure is probably low. Thanks to big government, the cost of living is not low. An influx of tech workers along with decades of under-building (thanks again to the regulations of big government) has created a historic homelessness in the Bay Area.

The governments in California continue to attempt to control deadly Hepatitis A outbreaks caused by a booming homeless population and usually do so by taking even more from those who actually work. The cycle will continue: socialists governments will put a cheap band-aid on the gaping wound they created themselves.

Rather than freeing poor people from dependence on benefactors and bosses, they merely transfer the dependence to the state, leaving the least politically connected people at the mercy of the political process. – FEE

Progressives routinely deplore the “affordable housing crisis” in American cities. But it is the very laws that Progressives favor—land-use policies, zoning codes, and building codes—that ratchet up housing costs, stand in the way of alternative housing options, and confine poor people to ghetto neighborhoods. Historically, when they have been free to do so, poor people have happily disregarded the ideals of political humanitarians and found their own ways to cut housing costs, even in bustling cities with tight housing markets.  – FEE

Imagine just how much more money the working poor would have if the big government in California wasn’t stealing over half their income to implement the very rules and laws that continue to make “scraping by” even more expensive.