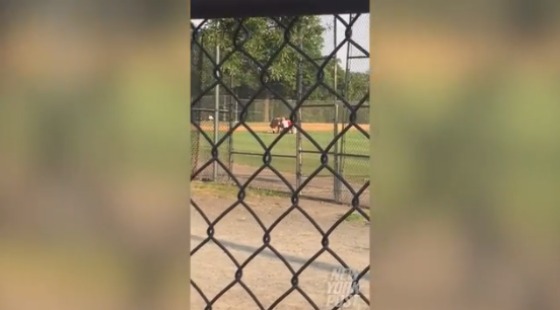 For months we’ve watched the far-left degenerate into violent loons, who act so nonchalant about the prospects of Donald Trump and GOP lawmakers being assassinated. With their careless rhetoric, they’ve made it socially acceptable to inflict violence on people they disagree with. After the mass shooting that occurred today at the hands of a Bernie supporting zealot, it’s obvious that the Left’s promotion of violent action has finally come to a head.

Now footage of this sickening tragedy has surfaced online. Share this far and wide. People on the Left need to see what happens when everyone, from high profile celebrities, to media pundits and ordinary Americans, promote violence to achieve their goals. For at least a year, they’ve screamed and cried that conservatives are racist fascists who are a threat to everyone, and that they need to be dealt with by any means, including violence. To the surprise of no one, that rhetoric has finally convinced someone to do the unthinkable.

They need to see this with their own eyes, because this is their doing. They need to see the results of the hateful and vindictive message they’ve been promoting for months. If this visceral display doesn’t wake them up to how twisted they’ve become, then nothing will.