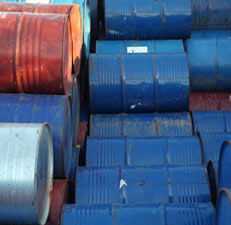 You may remember that just two months ago the International Energy Agency warned the oil market could “drown in oversupply” in 2016. The outlook for oil, which had tumbled 75% since 2012 and hit a low of $28 per barrel by mid January, was looking bleak with some analysts suggesting that sub-$20 oil was a real possibility.

The official numbers were compelling – the world was awash in oil with scores of tankers brimming with black gold reportedly sitting in limbo with nowhere to go. Oil storage was at capacity. OPEC warned that oil wouldn’t return to triple digits for two decades.

The entire North American oil sector had collapsed. Tens of thousands of jobs disappeared almost overnight. And with prices so low, many producers and exploration companies who had taken out large financing packages started missing payments. The energy debt bubble had burst.

But what if the oversupply that was threatening to topple mid east governments and unravel the global economy was a complete fabrication?

What if it the numbers upon which the entire narrative was predicated were nothing but fantasy?

It turns out that this may well be the case, according to Fortune:

The IEA was unable to account for 800,000 barrels of crude per day last year–the highest level of missing crude in 17 years.

The missing crude could simply be a figment of statistics, showing up in the agency’s data due to flawed accounting.

If the oversupply has been exaggerated and those barrels don’t exist, market analysts say that the oil market could tighten substantially. Crude prices have wallowed at their lowest point in more than a decade over the course of a nearly-two-year crash marked by concern about oversupply.

Seriously, you can’t make this stuff up.

Long story short: no one actually knows where these missing barrels are or if they even existed to begin with, suggesting that someone, somewhere Kashkaried the numbers.

This means that millions of barrels of oil that were reportedly filling up storage depots around the world may have never actually existed in physical form, which would in turn imply that said oversupply threatening to catalyze World War III and wipe out the North American energy sector for the next several decades has been fabricated.

Most ironic, of course, is that if the International Energy Agency’s latest official report is correct we are about to witness a massive global supply crunch, the consequence of which could be an unprecedented price swing in the opposite direction.