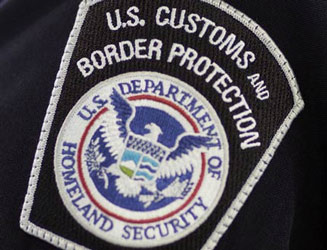 The White House would have us believe that the massive flood of immigrants on our southern border was a surprise that no one could have predicted.

But a government contract posted in January of 2014 by the Department of Homeland Security tells a shockingly different story. According to the FedBizOpps.gov web site the government was seeking personnel who could provide escort services for “Unaccompanied Alien Children” in anticipation of an event that would leave up to 65,000 minors on our southern border without their parents or guardians.

ICE is seeking the services of a responsible vendor that shares the philosophy of treating all UAC with dignity and respect, while adhering to standard operating procedures and policies that allow for an effective, efficient, and incident free transport. The Contractor shall provide unarmed escort staff, including management, supervision, manpower, training, certifications, licenses, drug testing, equipment, and supplies necessary to provide on-demand escort services for non-criminal/non-delinquent unaccompanied alien children ages infant to 17 years of age, seven (7) days a week, 365 days a year.

There will be approximately 65,000 UAC in total: 25% local ground transport, 25% via ICE charter and 50% via commercial air. Escort services include, but are not limited to, assisting with: transferring physical custody of UAC from DHS to Health and Human Services (HHS) care via ground or air methods of transportation (charter or commercial carrier), property inventory, providing juveniles with meals, drafting reports, generating transport documents, maintaining/stocking daily supplies, providing and issuing clothing as needed, coordinating with DHS and HHS staff, travel coordination, limited stationary guard services to accommodate for trip disruptions due to inclement weather, faulty equipment, or other exigent circumstances. In emergency situations, the Contractor shall be called on to provide temporary shelter locations (such as trailers) with shower facilities for juveniles who are pending placement with HHS when bed space is unavailable nationwide for extended periods of time.

The operative term per the bid listing is that DHS/ICE claims there “will” be approximately 65,000 alien minors requiring assistance.

As noted by The Conservative Tree House, approximately 5,000 minors under the age of 18 are detained by Immigration and Customs Enforcement officials on a yearly basis, so the fact that the government was searching for staffers to escort up to 65,000 children suggests advance knowledge of the massive migration now occurring on the  U.S./Mexico border.

It is no longer within the realm of conspiracy theory to suggest, as the National Association of Former Border Patrol Agents recently said, that the humanitarian crisis which has left tens of thousands of illegal immigrants displaced “is a predictable, orchestrated and contrived assault on the compassionate side of Americans by her political leaders that knowingly puts minor illegal alien children at risk for purely political purposes.”

The evidence of foreknowledge is absolutely damning. The Obama administration, Department of Homeland Security, and the Department of Health and Human Services knew this was coming, yet they say they were taken by surprise and are overwhelmingly under-prepared.

This, of course brings up two important questions.

How did the U.S. government know that this influx of immigrants was going to happen?

And, why did they fail to deploy the National Guard to secure the porous border in anticipation of hundreds of thousands of people illegally crossing into the United States?

The only plausible explanation given the revelation that the government knew about the coming influx of immigrants as early as January of this year is that they wanted it to happen, or worse yet, that a propaganda campaign in Central America and Mexico advising people they would receive residency permits was organized and executed by the U.S. government itself.

This week President Obama announced a “surge” of security personnel to secure our border. Why did he wait so long, considering he knew about this in January?