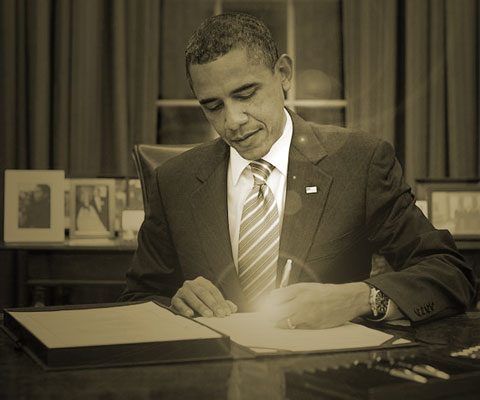 As President Obama’s executive order providing de facto amnesty to millions by shielding them from deportation becomes official news, heated and angry responses are flaring up into all out fighting words.

And that’s just from his political opposition in the media and halls of Congress: 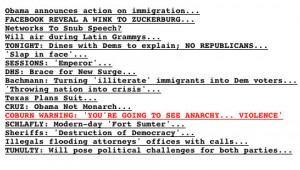 Oklahoma’s Republican Senator Tom Coburn, who is personally friends with the Obama’s but politically opposed to his immigration decree warned of the potential for violence stemming from anger against amnesty:

Oklahoma Sen. Tom Coburn warns there could be not only a political firestorm but acts of civil disobedience and even violence in reaction to President Obama’s executive order on immigration Thursday.

Compile that with all the potential for rioting and violence across the entire nation in response to the Ferguson grand jury decision, and the United States has become a tender box – ripe for revolution, revolt, unrest… and ultimately martial law and autocratic control.

With more doses of unilateral and very broad executive action, Obama claims his crown as emperor, the Constitution is further shredded, and the fabric of the nation is more degraded, torn and worn out than ever.