Senate To Vote On Legislation That Allows U.S. Military to Detain Americans Without Charge or Trial 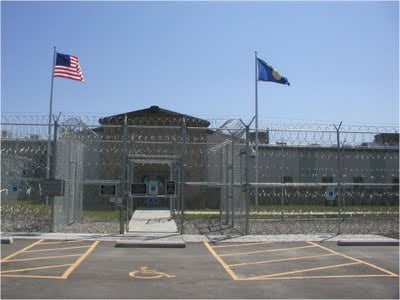 Remember that debate between Ron Paul and Newt Gingrich, where Mr. Gingrich suggested we should expand and strengthen the Patriot Act in the name of protecting US citizens from terrorists? Mr. Gingrich indicated that there exists a line between criminal law and the war on terror, and that we need not worry the government will overstep its bounds.

While Americans enjoy the Thanksgiving weekend and join the annual running of the bulls celebration at malls and retail outlets, something sinister is taking place in Congress – and it should scare the hell out of you. If the President and Senate have their way, your front lawn will soon become a battlefield, and you’ll be subjected to military, not criminal, law.

From the ACLU Via The Daily Sheeple:

The Senate is  gearing up for a vote on Monday or Tuesday that goes to the very heart of who we are as Americans. The Senate will be voting on a bill that will direct American military resources not at an enemy shooting at our military in a war zone, but at American citizens and other civilians far from any battlefield — even people in the United States itself.

The Senate is going to vote on whether Congress will give this president—and every future president — the power to order the military to pick up and imprison without charge or trial civilians anywhere in the world. Even Rep. Ron Paul (R-Texas) raised his concerns about the NDAA detention provisions during last night’s Republican debate. The power is so broad that even U.S. citizens could be swept up by the military and the military could be used far from any battlefield, even within the United States itself.

The worldwide indefinite detention without charge or trial provision is in S. 1867, the National Defense Authorization Act bill, which will be on the Senate floor on Monday. The bill was drafted in secret by Sens. Carl Levin (D-Mich.) and John McCain (R-Ariz.) and passed in a closed-door committee meeting, without even a single hearing.

I know it sounds incredible. New powers to use the military worldwide, even within the United States? Hasn’t anyone told the Senate that Osama bin Laden is dead, that the president is pulling all of the combat troops out of Iraq and trying to figure out how to get combat troops out of Afghanistan too? And American citizens and people picked up on American or Canadian or British streets being sent to military prisons indefinitely without even being charged with a crime. Really? Does anyone think this is a good idea? And why now?

This is happening right now – IN AMERICA! A law that is designed to specifically bypass Constitutional protections and one that will undoubtedly be used against the American people to further advance and expand the national police state.

Once signed into law the President (or anyone of his minions within the Justice Department or Homeland Security acting on his behalf) can issue orders to arrest, detain and imprison an American citizen in the United States without due process. Since most terror arrests fall into the realm of national security, and therefore are secret, no evidence would ever need to be presented for the permanent detainment (and who knows what else) of an American imprisoned under this law.