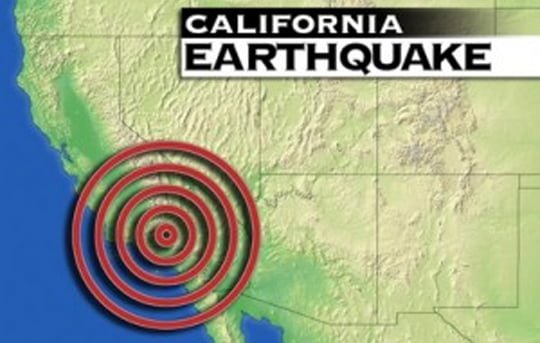 A seismologist working on researching the recent earthquakes in Southern California said they have taken an unexpected turn, and that’s a reason to worry.  Caltech seismologist Egill Hauksson says residents should be alert and on their toes.

“People ought to be concerned,” said Hauksson of the earthquake swarm near the city of Fontana, California. “This is probably the most prolific swarm in that area of the Fontana seismic zone that we’ve seen in the past three decades.” This swarm of earthquakes has shown remarkable staying power in the area around the Southern California city, according to the LA Times.

The likelihood of a larger seismic event, given how many quakes that have occurred over such an extended period, is higher than normal, Hauksson said. The tremors could turn into a large and destructive quake, although the chances of that aren’t exactly sky high. For all intents and purposes, Hauksson has been rather vague on whether this will be a sizeable and destructive event.

“This is somewhat of an unexpected evolution,” Hauksson said Friday evening. An analysis of the earthquakes showed that activity as of late Friday was fading pretty slowly. Much slower than would be expected for a typical sequence of aftershocks following the main shock, Hauksson said. “That would suggest it’s going to continue for — I don’t know — at least several weeks,” Hauksson said Friday. “We’re watching what’s happening and trying to track that activity.”

By Saturday afternoon, earthquake activity had decreased significantly. “This is difficult to interpret, but it suggests that the sequence is now decaying somewhat similar to an aftershock sequence,” Hauksson said. “There will be fewer and fewer events as time goes on.”

Hauksson said the timing of the earthquakes is worth noting, however. The shaking was followed by a lull and then a spurt of new quakes and the earthquakes have been relatively shallow beginning just 1 to 2½ miles under the surface. As a result, the shaking has been widely felt, said Jen Andrews, a Caltech staff seismologist.

Hauksson said that, given all the seismic activity, residents should be ready and make sure to store “plenty of water, make sure there’s nothing that can fall on them.” Residents should be prepared because seismic swarms can be worrying, especially when they occur in areas known to have larger faults that are capable of unleashing catastrophic earthquakes.

Residents in the Fontana area said there is talk about how industrial wastewater ponds built in the last several years off of Jurupa and Beech avenues were drained recently, right around the time the quakes began.

Hauksson said there could be a connection if the pond water was pumped into the ground to a significant depth of at least 0.6 miles. But if the water was trucked away, he would not expect a relationship.

“This will require more research,” he said. It’s already been shown in Oklahoma that earthquakes can be triggered by water being pumped into the ground. –LA Times

Hopefully, even if no large quake occurs, the information will at least prompt some residents to prepare.  In the even of a massive earthquake, mass migration away from the area will likely occur too. Be prepared for anything.