Segregated: White Students Banned From Student Lounge At D.C. University: “Nothing More Important Than Being A Multicultural Campus” 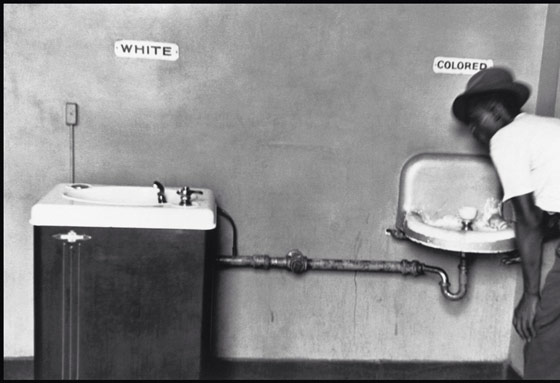 As tolerance spreads across the United States, universities and their progressive student bodies are coming up with new and innovative ways to ensure a positive multi-cultural experience for everyone… unless you happen to be a Caucasian.

At the American University in Washington, D.C., which is home to about 13,000 of our best and brightest, administrators and student activists have determined that the best way to ensure a a fair and equal environment is to ban all white people from their new student lounge. The meeting area, ironically named “The Bridge,” opened a couple of months ago as a place for people to gather, study and even sing on open mic nights.

But shortly after its opening, the following sign, apparently with the blessing of school administrators, appeared around campus. It designates the new lounge as a safe space and sanctuary for people of color.

In short: No Whites Allowed. 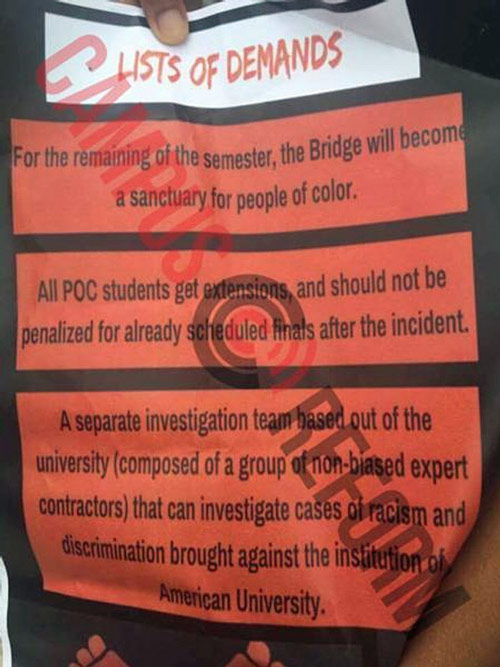 American University in Washington, D.C., has reportedly banned white students from using its new “student lounge” for the spring semester, according to the College Fix.

The lounge, which is called “The Bridge,” opened just six weeks ago. It is planned to be “a community space that student organizations can use however they would like,” with open mic nights, slam poetry and “other student initiated programming,” Darcy Frailey, associate director for facilities and other event services, told the Eagle, American University’s student news site. The lounge seats 80 people and features large working tables, comfortable sofas and chairs, coffee tables, a television and a large stage for events. School officials said they plan to hire students who qualify for the federal work-study program to work at “The Bridge.”

American University Provost Scott Bass agreed to the students’ demands. Bass said the college also signed a contract with Ibram X. Kendi, author of “Stamped from the Beginning: The Definitive History of Racist Ideas in America,” to begin an anti-racism center on the school’s campus.

“There’s nothing more important, in terms of my administration, than being a multicultural campus,” Bass reportedly told the student protesters.

For over half a century Americans have enjoyed equal protection under the law, regardless of the color of their skin. These were rights that countless citizens of all colors fought for since long before the civil war.

We have made leaps and bounds in the way of creating a society that respects the religious and cultural backgrounds of all of our citizens.

We even elected a President of African American descent, something that would not have been possible without the support of voters of all colors and creeds.

Yet, it appears that all of that “progress” has led to this…