Scientists Warn: Deadly Ancient Pathogens Melting Out Of Ice In The Arctic Could Wipe Out Human Population 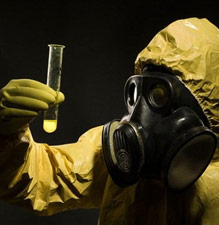 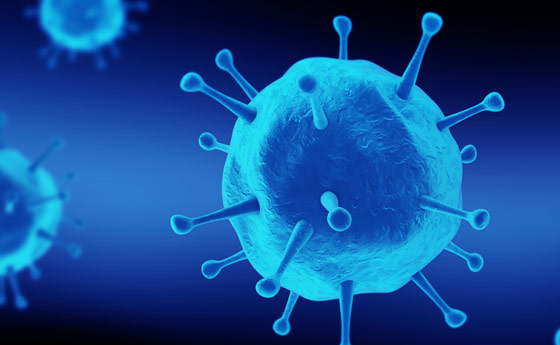 In July of 2016 the Russian government deployed bio-warfare teams to the Arctic after reports that some 1,200 reindeer and 40 people had been infected with a rapidly spreading virus. The story received little attention, but it showed without a shadow of a doubt that something dangerous is lurking below the Arctic’s permafrost. As it turns out, the contagion was identified as a strain of Bacillus Anthracis, more commonly known as Anthrax, and was believed to have been released into the wildlife and human population after warmer temperatures melted the ice.

Scientists and government officials now say that the Arctic Anthrax outbreak is a warning to the human population, and that continued warming of the climate could lead to deadlier, rapidly spreading viruses that have long been believed to be extinct.

The fear is that this will not be an isolated case.

Frozen permafrost soil is the perfect place for bacteria to remain alive for very long periods of time, perhaps as long as a million years. That means melting ice could potentially open a Pandora’s box of diseases.

The temperature in the Arctic Circle is rising quickly, about three times faster than in the rest of the world. As the ice and permafrost melt, other infectious agents may be released.

“Permafrost is a very good preserver of microbes and viruses, because it is cold, there is no oxygen, and it is dark,” says evolutionary biologist Jean-Michel Claverie at Aix-Marseille University in France. “Pathogenic viruses that can infect humans or animals might be preserved in old permafrost layers, including some that have caused global epidemics in the past.”

People and animals have been buried in permafrost for centuries, so it is conceivable that other infectious agents could be unleashed. For instance, scientists have discovered intact 1918 Spanish flu virus in corpses buried in mass graves in Alaska’s tundra. Smallpox and the bubonic plague are also likely buried in Siberia.

In a 2011 study, Boris Revich and Marina Podolnaya wrote: “As a consequence of permafrost melting, the vectors of deadly infections of the 18th and 19th Centuries may come back, especially near the cemeteries where the victims of these infections were buried.”

The BBC, Huffington Post and other mainstream media websites have already started pointing the blame at President Trump’s climate change policies, or lack thereof, claiming that further ignoring “global warming” could result in the spread of deadly pathogens across  the planet.

While we believe climate change is a real phenomenon, because, well, the climate on earth is constantly changing, and that temperatures may indeed be rising somewhat, so, too, are temperatures on other planets in our solar system, including Mars and Pluto. That suggests the cause for the changes may not have as much to do with man as they do with the most powerful force in our solar system – the sun – or perhaps some other as of yet unknown extraterrestrial catalyst.

But we digress, because the issue at hand is not so much about the causes, but rather, the inevitable consequences as permafrost across the Arctic region melts.

As a recent report about a massive ice shelf breaking off the continent highlights, ice melt is happening with ever increasing frequency.

That means there is real potential for ancient viruses to do some serious damage to humans and animals:

Some of these viruses and bacteria may have been trapped for millennia, and it’s not even totally clear yet what they are, let alone what kind of damage they might cause.

Researchers have encountered complex “giant viruses” with as many as thousands of genes in the melting permafrost of Siberia.

Microsoft founder Bill Gates, who has spent years in the vaccine and disease industry following his departure from the technology company, warned that there are scores of viruses deadlier than Ebola and if any of those ever got out into the general population the system would be so overloaded that literally hundreds of millions of people could die as a result.

When the threat of Ebola coming to the United States was at a fever pitch the entire country was in panic and single case of Ebola had overwhelmed the system.

Respiratory gear to protect against biological contagion had sold out across the globe and governments, especially in the United States, were trying to get a handle on it. If the Ebola virus had a faster reproduction rate than it did, the situation could have been devastating to the global population, because what we learned is that our interconnected world makes a rapidly spreading virus nearly impossible to contain.

Biological agents like the Spanish flu and plague have been responsible for the deaths of millions of people throughout history and experts say that, even with our advanced medical technologies, if the right virus were to come along it could do unprecedented damage.

We can only imagine that certain interested parties are salivating at the prospect of getting their hands on viruses so deadly that they may have caused mass extinction events in Earth’s history.

Protect Yourself From Deadly Biological Threats

Virus Worse Than Ebola: “We Are Simply Not Prepared To Deal With A Global Epidemic”