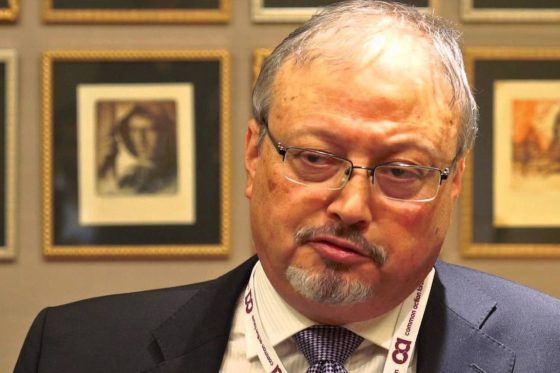 Nearly a week after Saudi Arabia’s public prosecutor admitted that journalist Jamal Khashoggi had indeed been murdered inside the kingdom’s Istanbul consulate in what he described as a “botched interrogation”, the kingdom has apparently changed its story once again.

According to AFP, the public prosecutor is now saying that Khashoggi’s killing was a premeditated act presumably orchestrated by the 15 members of the Saudi hit squad that met and detained Khashoggi inside the consulate on October 2.

#BREAKING: Saudi Arabia's public prosecutor says the murder of #JamalKhashoggi in Istanbul was "premeditated" based on information supplied by Turkey pic.twitter.com/xq2fs6bAuy

The news immediately preceded a report in the Kingdom’s Al-Arabiya news station that Crown Prince Mohammad bin Saman, who decried Khashoggi’s killing as a “heinous crime” and promised on Wednesday to punish anyone found to be responsible, had chaired his first meeting of the committee to restructure the Saudi intelligence service. The kingdom fired 5 intelligence officials and arrested 18 Saudi nationals for their involvement in the killing.

BREAKING: #SaudiArabia: Committee to restructure the kingdom's intelligence agency has discussed a reform plan and is assessing the current situation. https://t.co/AXAlbv6PmD pic.twitter.com/XeCG7tExHG

Saudi Attorney General Shaikh Suood bin Abdullah Al Mo’jab said are being “interrogated” using the information handed over by the Turks, per CNN.

“The public prosecution received information from the Turkish side through the Joint Working Group between the Kingdom of Saudi Arabia and the Turkish Republic, indicating that the suspects in Khashoggi’s case premeditated their crime,” Attorney General Shaikh Suood bin Abdullah Al Mo’jab said.

“The public prosecution continues its investigations with the accused in accordance with the latest investigation results to reach the facts, God willing, and complete the course of justice.”

The AG’s comments represent the latest shifting in the Saudis’ story, which is now leaning toward admitting that the killing of Khashoggi was a premeditated act – something that would risk the death penalty for the men who have been arrested. On Wednesday, Saudi Energy Minister Khalid al-Falih said the killing was “not a death, it’s a murder.”

Later that day, Saudi Energy Minister Khalid Al Falih admitted the scandal of Khashoggi’s killing was a blow to the kingdom.

“It’s not a death, it’s a murder. We admit it, we’re dealing with it. As such, we will be transparent and show our allies and friends in the United States … that the kingdom is as unhappy about what has happened as anybody else. In fact, we are more unhappy because it has tarnished the name of the kingdom,” he said, speaking to CNN on the sidelines of a high-profile investment conference in Riyadh.

Now we wait to see if this shift in rhetoric is confirmed by the Crown Prince himself, who skirted these lines when he declared the killing a “heinous crime” on Wednesday.