Russia Warns Of Dramatic Consequences: “Situation Will Get Out Of Control If Agreement Not Reached” 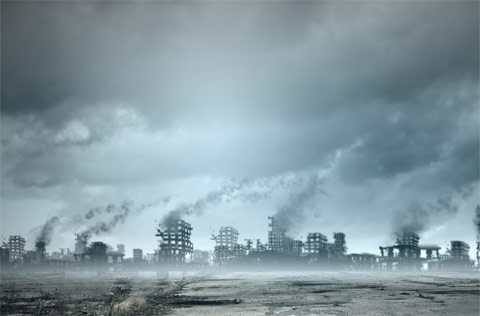 Russian President Vladimir Putin arrived at the Minsk summit today to discuss a peace agreement for the war-torn region of Ukraine, where it has been reported that as many as 50,000 people have been killed since the breakup of the country a year ago.

In recent weeks we’ve heard both, President Obama and President Putin, make statements that have suggested both countries are leaving all options, including nuclear war, on the table.

Last year Putin accused Barrack Obama of hostile acts when he named Russia as a threat to the world. “We hope that our partners will realize the futility of attempts to blackmail Russia and remember what consequences discord between major nuclear powers could bring for strategic stability,” Putin responded.

On Monday President Obama said that the United States is preparing a military response, including the arming of Ukrainian forces with lethal defensive weapons . “Now, it is true that if, in fact, diplomacy fails, what I’ve asked my team to do is to look at all options,” Obama said.

But today the threats have reached a new level with Russian Deputy Foreign Minister outright suggesting that war is on the horizon should no resolution be found this week:

Russia will not ignore U.S. arms supplies to Ukraine.

And Russia’s ambassador to the European Union took it a step further, essentially telegraphing that Russia will no longer sit on the sidelines at the eastern Ukrainian border, but that they will be left with no choice but direct military involvement.

Europe understands that supply of weapons to Ukraine will increase the risk of direct involvement of Russia.

For now the threats may be just lip service, but the situation in Europe is far from an amicable resolution.

And the way things are going it doesn’t look like either side wants to concede their position.

Where this leads is summed up by Ukrainian President Petro Poroshenko:

The situation will get out of control if an agreement on de-escalation of the situation in Donbas is not reached in Minsk.

The world has sat on the brink of nuclear war on several occasions over the last six decades, yet we’ve managed to avoid a global disaster because cooler heads prevailed.

It is essential we all understand that these people are actually talking about World War III as a viable option.

Perhaps it’s time to prepare for the worst just in case one of these psychopaths wants to go down in history.

Are You Ready: Nuclear Disaster Preparedness

An Urban Guide To Surviving A Nuclear Attack