RUN THE GAMUT: Reversing Reopening – I’M SICK OF IT! 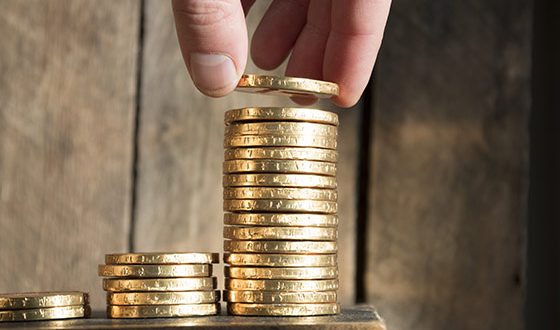 Not all businesses are built alike. Some industries are CAPITAL-INTENSIVE and operate on thin margins, deterring new entrants since it’s NEARLY IMPOSSIBLE to compete with the efficient dominators in the field. Other businesses have thick margins but are seasonal, while a small few have both wide margins and consistent clientele since they’ve built a MOAT (a world-class brand).

In capitalism, the chance at making profits pushes new entrepreneurs to innovate, differentiate, and figure out how to manufacture a product or deliver a service in a way that is currently underserved.

The reason why we CHERISH THIS WAY OF LIFE is that it has been the source and engine of innovation for the human race for the past century and it’s PROVEN ITSELF time and again as the best-suited system to the way nature has designed us.

We are happiest when we grow and we do that when we ARE PRODUCTIVE. The American free enterprise system GREATLY REWARDS those that are market-oriented, whose skills are more closely related to building and running corporations, and it ALMOST PUNISHES everyone else.

Of course, ALL AMERICANS and many others that are outside the country enjoy the fruits of this innovation, excellence, and the relentless pursuit of catering to THE WANTS of the marketplace, but in doing so, in the age of globalization, AMERICA SPITS OUT much of the wealth generation to regions outside of the country. The headquarters is located domestically, while much of the labor occurs internationally.

As a nation and society with its NONSTOP chase for producing cheaper, faster, and better, America has traversed the world and ventured into some 60 low-cost regions for labor from Southeast Asia to Eastern Europe, Central America, and parts of Africa, and this WILL NOT CEASE.

As a country, the United States has prioritized the health of its corporations over the inclusiveness of its population in business expansion. This is another way of saying that the RICH get richer, come what may.

It NEGLECTED TO educate its middle class of the rapid changes going on, just as the workers themselves FELL ASLEEP at the wheel, not noticing these huge changes taking place all around them. Whether you blame the individual, the corporation, or the government, the result is the same: out of all of the RICH COUNTRIES, the U.S. has the worst case of wealth disparity and it is now starting to show its consequences in backlash from the neglected segments of society.  For a long time, perhaps throughout the 1980s and 1990s, most Americans couldn’t see the tidal wave that’s about to hit them, but everyone’s well aware of it now. 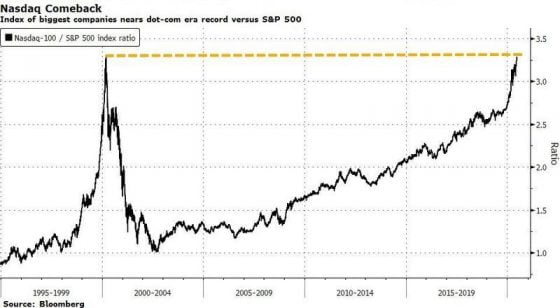 20 years after the Dotcom valuation bubble popped, today’s TECHNOLOGY-DRIVEN economy is real, based on genuine fundamentals, but it’s also exposing the human race to new challenges and unique obstacles.

The big tech companies are CASH MONSTERS whose products and services are used by people the world over. These companies exert IMMENSE INFLUENCE over the flow of information, goods, and the political outcomes of democratic elections.

They are the MOST POWERFUL entities on the planet. They’re probably more systemic than the banks were in 2008, more crucial than the government itself, and this trend ISN’T STOPPING anytime soon.

Their ethics are being put to the test by governments that are crooked and corrupt. 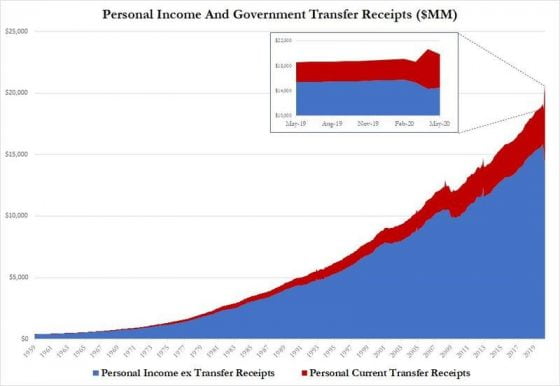 This is all MESSED UP!

The government is just STRANGULATING SOUND MONEY by being responsible for a disproportionate and COUNTERFEIT currency-printing operation.

As you can see, the government issued very few payments under the gold standard, but they are handing it out for free today. The government is responsible for (WAIT FOR IT…) a full third of PERSONAL INCOME in the U.S. this year!

Is it any surprise that gold is about to BREAK OUT to over $2,000/ounce?