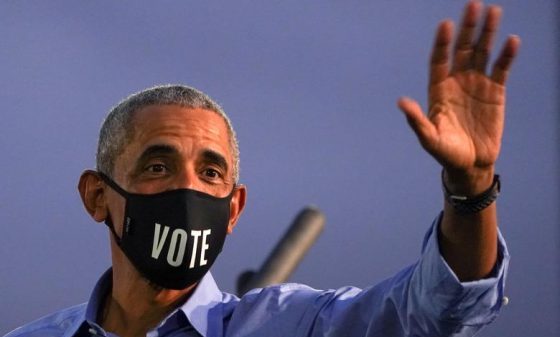 Members of the ruling class and their puppets in Hollywood have joined forces and united to make sure we all get the experimental gene therapy shots. President Joe Biden, Barack Obama, and a slew of celebrities will be taking part in a television special to “educate viewers, raise awareness and dispel concerns surrounding the Covid-19 vaccines.”

The hour-long special, titled “Roll Up Your Sleeves’” will air Sunday night on NBC, according to a report by RT.  It will primarily be focused on promoting Covid-19 vaccines to viewers and reminding people that vaccinations are essential if Americans want to “return to the activities they love” that has been put on pause by these same masters’ restrictions across the country. So basically, in order to be free, which is our God-given right, we have to be unfree and give up our body sovereignty and just get injected with whatever the rulers decide.

Taking part in the special will be celebrities such as Matthew McConaughey, Jennifer Lopez, and Nick Jonas. Unsurprisingly, White House health adviser Anthony Fauci will be involved, too.

Organizers behind the event said on Tuesday that the special will present “captivating real-life stories and heartwarming surprises,” and will “inform and encourage those who have vaccination concerns to learn the facts.”

The biggest difference between the masters and the slaves is that the masters are united in dividing the slaves. As soon as we realize this and see the level of deception being forced upon us, we can come together and remove this oppressive slave state we sadly all have become accustomed to.

Even Donald Trump is in on it.  If you are still stuck in the left vs. right paradigm lie, stop reading now or you will trigger yourself:

NEW:
Former President Trump releases a statement, saying "The Biden Administration did a terrible disservice to people throughout the world by allowing the FDA and CDC to call a 'pause' in the use of the Johnson & Johnson COVID-19 vaccine." pic.twitter.com/OpguM4m8Mo

The propaganda push will continue too.

Sunday’s special will be hosted by Seattle Seahawks quarterback Russell Wilson and his wife Ciara. It is not the only pro-vaccine special being planned. Next month, one will air presented by Global Citizens called ‘Vax Live: The Concert to Reunite the World’.

In the Tuesday announcement revealing details about that special, Lopez, the Foo Fighters, and Selena Gomez were announced as performers. Similarly, its goal is to “inspire vaccine confidence worldwide and help get the Covid-19 vaccines to everyone, everywhere.” –RT

When are people going to wake up and realize this is a coordinated effort by the government to enslave us to the point of no return? It’s all but obvious at this point.  We have got to stand together united in our desire to live out our birthright: freedom.