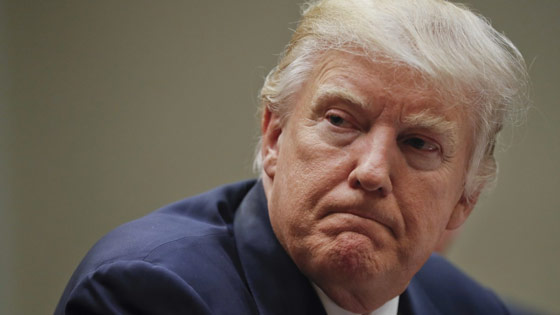 Trump’s base woke up to a fairly surprising flip-flop this morning from the White House on DACA and the infamous, beautiful border wall which was discussed repeatedly on the campaign trail throughout 2016. It all started when Chuck Schumer and Nancy Pelosi released the following statement after their White House dinner with the President last night:

“We had a very productive meeting at the White House with the President. The discussion focused on DACA. We agreed to enshrine the protections of DACA into law quickly, and to work out a package of border security, excluding the wall, that’s acceptable to both sides.”

That statement was followed up by a tweet storm (we covered it here) from the President this morning which seemingly revealed his complete support for DACA and referred to ‘The Wall’ as a “renovation of old and existing fences and walls” rather than the “physically imposing” yet “aesthetically pleasing” structure that he repeatedly promised his supporters.

The apparent flip flop by the President resulted in an immediate backlash from some of his most vocal supporters with Ann Coulter wondering aloud over twitter, “at this point, who DOESN’T want Trump impeached?”

At this point, who DOESN'T want Trump impeached? https://t.co/g1mMhmm8ng

Trump just screwed his base.

NONE of this is a surprise. I voted 4 Trump knowing he wasn't a Conservative & knowing he had no core.

I voted 4 the wall & against amnesty

And, not surprisingly, Trump’s former Chief Strategist Steve Bannon took direct aim at the White House with a series of negative headlines.

So what say you? Clever, “4-D” calculated move by a President just looking for small policy achievements or did Trump just destroy his base and cement his fate as a one-term President?