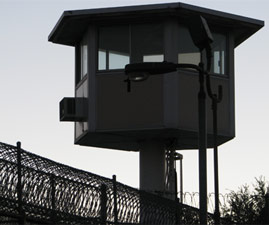 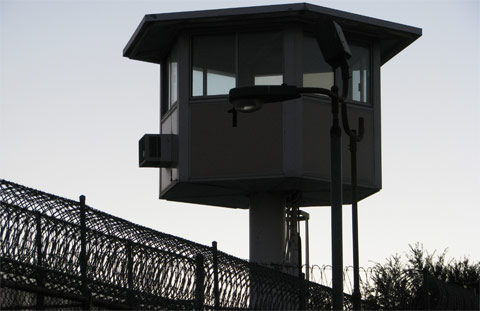 Note: This report will outline some of the actions taken here locally in Montana regarding the use of a closed Wal-Mart.  I am going to follow it up with information that I will receive from a local source known as “Racer X” and will potentially have some photos and video, as well as audio that may be able to be posted.  There are obvious technical and legal difficulties in obtaining this information and make no bones about it: this is a very sensitive piece.  The risks are high for all parties involved.

Flathead County of Montana has just recently submitted a bid to buy a closed Wal-Mart in the area of Evergreen, Montana (an unincorporated town adjacent to Kalispell).  The primary reason listed by the county for the purchase: for an expansion of the county jail.  Sounds “normal,” right?  Wrong.  There is a shortage of prison space in Kalispell, however, there is not that much crime in the area to warrant a purchase of this size.  And what is the size of the Wal-Mart?  130,000 square feet.

Quite an “addition,” wouldn’t you agree?  The capacity is listed for the existing county jailhouse as a facility that is built to house 63 prisoners at capacity holding on average 89 inmates at any given time.  So, then, if you do the math and even subtract half of the facility’s area for allocation of offices, administration, donuts, and the like, that would leave thousands of square feet per inmate.  As prisoners are crammed into cells, you can see the potential for having many cells.

And, if it is remodeled in the form of a prison, could that prison be “converted” for use by the Federal Government if they so desired?  Methinks the answer is yes.  Methinks that answer is actually the true purpose behind the whole thing.  Also chronicled in the local propaganda rags is the fact that tax levies are increasing that are already earmarked for an additional $10 million to go toward this project.  Best thing to do to track this: follow the money.  When those tax funds locally begin to be matched by federal funds from the regime, that will be the big indicator of the “shift” that will occur from county to fed control of the facility.

There are some other details that deserve mention with this.  As I have mentioned in earlier pieces pertaining to the area, this locale is a very strategic location due to the way the railroad runs across the continental divide.  Also, there is a railroad line that runs into Kalispell and there just happens to be (purely coincidentally, no doubt!) a business development to transform a large gravel pit facility into a huge industrial railroad hub/park.  That has been in the stage of development for a few years.

Guess what?  The “terminus” of that railroad hub will sit directly adjacent to our family-friendly, defunct Wal-Mart…soon to be a happy addition to the correctional facility system.

Returning to the future potential “Wal-Mart FEMA Family Dissident Campsite,” there is also a good deal of land surrounding the facility.  Coincidentally, once again, the entire purchase price is about $10.1 million which is almost exactly the amount expected to be generated by local revenues!  Yes, once again, the heartwarming relationship between the people and their tax dollars ‘helping’ out the peacekeepers: the county, feds, and business community…this partnership (my favorite word) can be seen.

We’re going to monitor the daylights out of this one.  We’re going to investigate all of the contractors involved and see where the federal funds are going to be pumped into, as well as when and by whom (the agencies, etc.)

Follow-up Note: Those in the area of Kalispell, Montana…who has additional information about this development, please feel free to comment or e-mail me here at SHTFplan.

Everything written here is just the preliminary and it will take a while to really pull in some concrete information on this; however, here is a start.  I welcome all comments and suggestions. I need your input, here, especially if you have experience as such with the Wal-Marts and camps ‘sprouting’ up in your own area.  Once again I thank you for your time and diligence in all that you have done and written in comments and letters, and I encourage you to fight the good fight every day, in all that you do.  I’m with you, and I feel stronger knowing that you’re with me, as well.  I look forward to hearing from you soon.