Resettlement Camps: May Be Performed As DOMESTIC Civil Support Operations 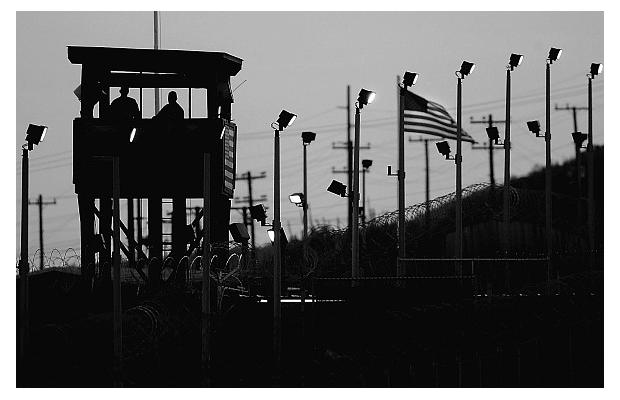 We’ve known for years that the U.S. Military has been preparing for civil unrest and riot response within the continental United States. Likewise, the Pentagon, Department of Homeland Security and various other government alphabet agencies have been actively preparing for how to handle natural and man-made crises that include everything from large scale economic collapse to war and asteroid strikes.

As a part of the national security apparatus’ continuity of government and emergency response plans it has been theorized for years that any emergency or event of national significance would be met with Presidentially decreed martial law which would call for the deployment of the National Guard and other armed forces assets on the streets of America. Up until recently these ideas have floated in the realm of conspiracy theory. The notion that the U.S. military would patrol American streets, or that the Federal Emergency Management Agency has established scores of refugee relocation facilities capable of housing tens of thousands of inmates, or that Americans could be detained without charge or trial indefinitely, has for some time been reserved for those on the fringe – the tin foil wearing lunatics who spend their free time dissecting covert government activities and mainstream media propaganda.

“Put on your tin foil hat,” has been the general response from the broader American public when faced with the idea that we are progressively moving in the direction of a police state, and that the US government, despite Constitutional protections, can do anything they want, at any time, and to anybody.

It turns out that the tin foilers of the world have slowly, but surely, been piecing together a puzzle over the last decade that seems to be near completion.

Now, a leaked U.S. Army document outlining the processes and procedures for Internment and Resettlement Operations indicates that not only are the now infamous FEMA detainment and refugee relocation camps real, but that government, military and private sector organizations are actively taking steps to deal with mass incarcerations when they happen:

A leaked U.S. Army document prepared for the Department of Defense contains shocking plans for “political activists” to be pacified by “PSYOP officers” into developing an “appreciation of U.S. policies” while detained in prison camps inside the United States.

The document, entitled FM 3-39.40 Internment and Resettlement Operations (PDF) was originally released on a restricted basis to the DoD in February 2010, but has now been leaked online.

The manual outlines policies for processing detainees into internment camps both globally and inside the United States. International agencies like the UN and the Red Cross are named as partners in addition to domestic federal agencies including the Department of Homeland Security and FEMA.

The document makes it clear that the policies apply “within U.S. territory” and involve, “DOD support to U.S. civil authorities for domestic emergencies, and for designated law enforcement and other activities,” including “man-made disasters, accidents, terrorist attacks and incidents in the U.S. and its territories.”

The manual states, “These operations may be performed as domestic civil support operations,” and adds that “The authority to approve resettlement such operations within U.S. territories,” would require a “special exception” to The Posse Comitatus Act, which can be obtained via “the President invoking his executive authority.” The document also makes reference to identifying detainees using their “social security number.”

Aside from enemy combatants and other classifications of detainees, the manual includes the designation of “civilian internees,” in other words citizens who are detained for, “security reasons, for protection, or because he or she committed an offense against the detaining power.”

Though often rejected as completely ridiculous, the existence of FEMA camps becomes undeniable in light of this latest training manual from the U.S. military. If the military is actively training personnel to respond to riots, to detain and arrest individuals en masse, and to manage the incarceration of these individuals, then it stands to reason that they must already have established detainment zones – aka FEMA Camps.

Jesse Ventura and Alex Jones have detailed the existence of these camps, and all of the existing evidence – the thousands of pages of ‘laws’ and regulations that have become available since the advent of the internet – are indicative of a government preparing for a complete and total lock down of this nation.

We’re seeing it on a micro-scale in the city of Chicago for the upcoming May 20 NATO summit, where officials have literally locked down the entire city, set up security red zones, reserved a large amount of space outside of the city for the detainment of protesters, and deployed heavily armed military and law enforcement personnel.

As was opined recently, the control grid is being put into place for what they know is coming. They can listen to and read any phone call we make, any text message we send, or any email we share. They can criminally charge us for assembling peaceably to protest. They can detain us indefinitely without charge. They can seize our food, our land and our very labor by a single order from the President.

The lock down has begun. All Aboard the Auschwitz Express.