Republicans – Just Another Head of the Same Snake

Originally published at The Daily Sheeple. 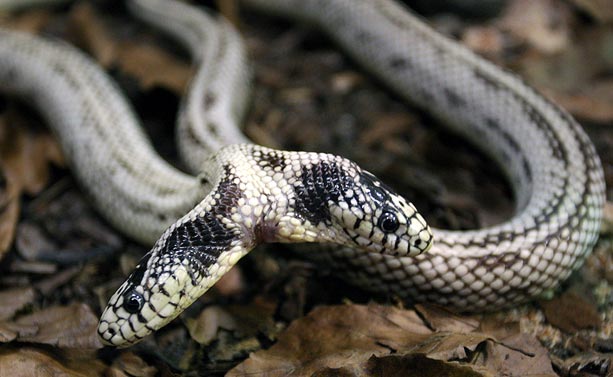 Anyone not suffering from Alzheimer’s should have remembered they had seen this same show many times before. There was no excuse not to know that whoever got elected, nothing of consequence would be done differently. How many more political promises had to go unfulfilled before people understood that they would always go unfulfilled as long as the current system was in place.

–Gerald Celente, Editor and Publisher of the Trends Journal (Fall 2010)

If you thought that the election of a majority republican House of Representatives would do anything to curb the expansion of regulations and Federal government intervention into the daily business of States, think again.

In what seems to be his only act of rational thought and anti-corporatist policy, President Obama vetoed HR 3808 on October 8, 2010 to the chagrin of banking conglomerates across the nation. The bill, called the Interstate Recognition of Notarizations Act of 2010, would have required a State or Federal court to “recognize any notarization made by a notary public licensed by a State other than the State where the court is located when such notarization occurs in or affects interstate commerce.”

Like most Newspeak stricken laws, this one looked good on the surface, especially if one was looking just at the title. But after further inspection in light of the recent mortgage paperwork debacle resulting from improper filings, many opponents argued that it would weaken consumer protections and make it easier for banks to carry through foreclosures with little or no evidence that those involved on the lender side of transactions properly and legally transferred ownership of homes from one entity to the next.

In essence, the bill would have required a state or federal court to take the bank’s word on notarized documents from other states – even though it would be difficult, if not impossible, to prove that the notarization of a particular document was legitimate. It’s clear from recent records and testimony that many of the documents that claimed legitimacy of ownership were “robo-signed” by “Vice Presidents” who were not actually vice presidents of anything, and in many cases had no idea what the paperwork they were signing actually meant. Hundreds, if not thousands, of mortgage documents and ownership transfers were handled this way, with individuals signing documents as witnesses when they witnessed nothing.

Questions about proper notarizations figured prominently into the foreclosure-gate crisis which took hold just as the bill was arriving on President Obama’s desk in late September and early October. Karl Denninger voiced his frustration with lawmakers in a recent commentary about HR 3808 when he said,Â  “this is what passes for due process of law in this country.”

HR 3808 would have had a significant adverse impact on due process and property rights in America, as the legitimacy ofÂ  every mortgage in America has now come under question due to improper procedures by banks and their lending partners. Tyler Durden, of Zero Hedge, implied that had the bill passed, it would have retroactively legalized the fraud committed by banks against the American people and courts. “The legislation, if enacted, could protect bank and mortgage processors from liability for false or improperly prepared documents,” said Durden.

H.R. 3808 would have made it much more difficult for homeowners to challenge foreclosures on the grounds that banks improperly filed paperwork and affidavits.

The bill was introduced in October of 2009, and political research group Open Secrets lists The National Association of Realtors and the National Association of Federal Credit Unions as just a couple of the companies who lobbied for the bill. Bank institutions and mortgage processors like GMAC, JPMorgan and Bank of America are believed to have been strong supporters of the bill because its passage would have favored their positions against homeowners, making it easier to execute foreclosures.

The question of why President Obama pocket vetoed the bill is intriguing, and not just because this was the first veto of his Presidency. As President he has widely expanded the powers of federal government, often through parternships with private industry including big banks. But in this case, the President decided to take sides with consumers. Some suggest that Obama did the right thing because it was the right thing to do. The reasoning, however, may have been a bit more self centered than trying to protect the little guy. With just weeks before a Congressional election, and the robo-signing scandal running at full steam, it’s not out of the question to consider that the President acted in his own political self interest by vetoing the bill. If the President had signed the bill into law, it would likely have led to even more backlash from an already disenchanted public.

On November 17, 2010, the bill came before the House of Representatives again, but this time, Democrats were not interested. The bill failed to pass, with 184 representatives voting for, and 235 against.

While it is clear that the bill would have expanded federal control over the notarization process – historically a State issue – and weaken property rights, most interesting is that the majority of ‘aye’ votes came from the party that is supposed believe in limited government and Constitutional protections – the Republican Party.

First, the fact that Democrats, who originally supported the bill in droves, have switched after the leader of their Party vetoed it goes to show that this is strictly a party line vote and they are likely trying to minimize any additional negative perceptions of them being associated with too-big-to-fail banks. Republicans, who apparently didn’t read the bill – either that or there were some campaign contributions coming in from large financial institutions which we are not yet aware of – also went straight party line choosing to vote as lemmings would, rather than on the principles of property rights and due process, for which they fight in rhetoric but not action.

This is yet another example of why a third, fourth and fifth party are the only solution to the problems facing America. Both republicans and democrats are so heavily entrenched in Washington that they’re allegiances lie not with the American people, but with their Party and the big businesses that fill their Congressional campaign coffers.

All of them must go.

Originally published at The Daily Sheeple.