Republican Senator Warns: It Feels Like Violence Is Coming 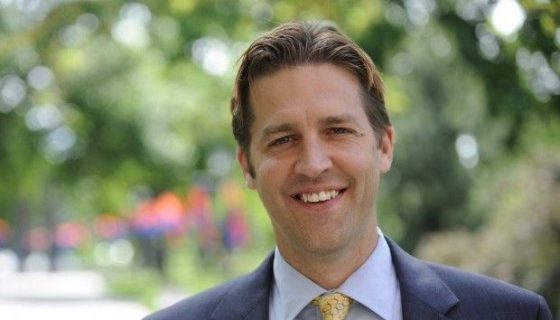 “It feels like violence is coming,” Sasse wrote at the end of a long Facebook post on Friday evening, titled “The next Charlottesville.” “I’m not sure if this moment is like the summer of ’67 or not. But it might be. Before that violence strikes again, it’s up to us to reaffirm that exceptional American Creed again today, with our neighbors, and in our kids’ hearts.”

*Please note: Sasse did not condone any violence, he merely states in his post that he believes it to be inevitable.

His long post is filled with prophetic warnings of a civil war, yet those words aren’t specifically mentioned except when he references the historical American Civil War. Earlier in the online note, Sasse listed out a number of “observations” from his family discussions this week. Within that 16-point list, the lawmaker said he expects the violence to “come when white supremacists and the alt-right fight anarchist groups aligned with the extreme left.” He is wrong about one thing.  Anarchist groups don’t “fight” for the right or the left; in fact, non-aggression is the key to most anarchist’s philosophy.  The anarchists actually want no government; not a left or right version and don’t stand with either side. Yet that’s a common mistake many people make, and he goes on detailing a rather bleak looking near future if Americans can’t set their desire for violence aside.

Sasse seems to be blaming pretty much all sides of the political spectrum and suggests that a race war could break out, and soon; and he doubts the government’s ability to stop the violence he feels is imminent. Of a conversation with a person, Sasse claims it was said to him:

But “when the next rounds of violence come, I’ll bet you most of it will come from the left. And then some folks I know will respond in kind. It’s gonna be a powder-keg.”

Sasse repeatedly wrote of the importance of the “American Idea.” The idea “that all people are endowed by their Creator with inalienable rights” and urged Americans to embrace open debate versus “identity politics,” racism, and violence.

The post by Sasse came off as a quite condemning to President Donald Trump as well, with the lawmaker saying he doubts Trump’s ability to quiet the violence brewing in the United States right now.  Even with his critique of the president aside, Sasse could be right about one thing: violence is inevitable.  We may have reached the point of no return.