Report: “There Is A Plot On Capitol Hill To Take The President Out… Will Be Suddenly Removed From Office” 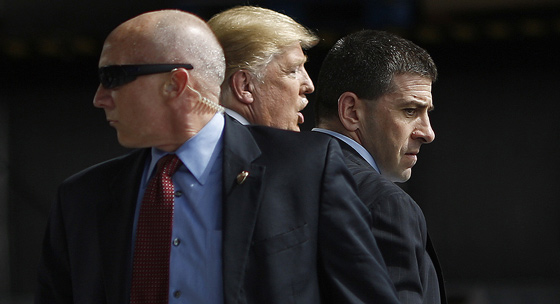 The following report was originally published by Paul Joseph Watson at Infowars.com

Pastor: Senior Republican Told Me of Plan to “Take Out” Trump
By Paul Joseph Watson

An evangelical pastor claims he met with a senior Republican Congressman who told him of a plot to “remove Trump suddenly from office”.

During an appearance on Revival Ministries International, Rodney Howard-Browne said he spent three hours “from 9:30 in the evening until 12:30am with one of the senior ranking members of Congress”.

The pastor said he related the same story on the CBN network but “they cut it out” and that he had decided “to go public with this because we have to.”

Pastor: Senior Republican Told Me of Plan to “Take Out” Trump – https://t.co/UG44GEc8Ge pic.twitter.com/n9DuYp0nSG

The Congressman, who the pastor revealed had been in office since 1996, went on to tell Howard-Browne “there’s nothing we can do to stop it.”

Pastor Howard-Browne said the deep state had “started a war” against Trump because he has been more amenable to the evangelical community than any previous president stretching as far back as Reagan, and were trying to “set the president up in every way”.

The South African pastor called for people around the world to “pray around the clock for the protection of the president”.

Howard-Browne was responsible for taking the photo of pastors laying their hands on President Donald Trump and praying over him in the Oval Office earlier this month, an image that went viral.

Yesterday was very surreal for @ahowardbrowne & I. 30 years ago we came from South Africa to America as missionaries. Yesterday I was asked by @paulamichellewhite to pray over our 45th President – what a humbling moment standing in the Oval Office – laying hands and praying for our President – Supernatural Wisdom, Guidance and Protection – who could ever even imagine – wow – we are going to see another great spiritual awakening #ovaloffice #westwing #whitehouse #washingtondc

Howard-Browne is seen standing behind Trump in the image below.

We have reported multiple times on how the deep state and the mainstream media is pushing to de-legitimize Trump and how this could inspire fringe extremists to act out violently.

If what the Congressman told Howard-Browne is true, it would appear that the deep state is frustrated with how slow the Russia-collusion investigation is proceeding and may be prepared to take extreme measures.