Report: Public Demand For Precious Metals Skyrockets: “The Whole Supply Chain Could Be Cleaned Out” 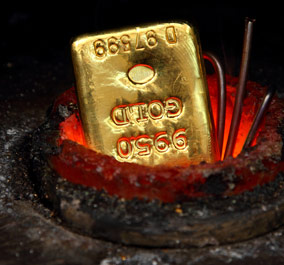 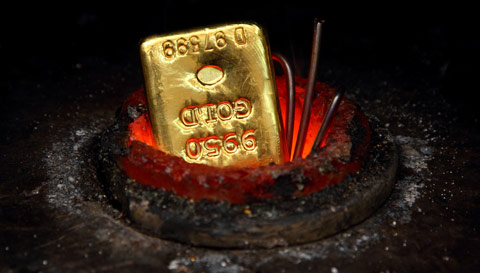 Though we’ve seen a significant drop in precious metals prices over the last several years, new evidence from one of the world’s leading retail brokers further suggests that there is a massive disconnect between the paper price on global exchanges and demand by the general public.

According to a report from Money Metals Exchange, buyers were snapping up everything they could get their hands on over the last 45 days:

Public demand for gold and silver coins, rounds, and bars suddenly skyrocketed since mid-June – particularly among first-time customers – to multiples of earlier demand levels, according to Money Metals Exchange, a national precious metals dealer in the U.S.

From June 16 to July 31, Money Metals Exchange experienced a 135% surge in gold and silver sales over the prior 45-day period (which was representative of the early months of 2015). Since June 16, the number of first-time customers rose even more dramatically, with 365% more new purchasers than the prior period.

“As the Greece default debacle unfolded in late June, something clicked in investors’ minds, and many have since bought whatever physical gold or silver they could get their hands on,” said Stefan Gleason, president of Money Metals Exchange. “In particular, we experienced a dramatic and unprecedented surge in first-time customers clamoring to obtain the financial insurance that gold and silver represent.”

Many government and private mints, including the U.S. Mint and the Royal Canadian Mint, have been unable to keep up with demand and have either temporarily halted silver sales or rationed out their insufficient supply of silver coins.

“We’re seeing more buying interest than at any time since the 2008 financial crisis. If we see a further spike in demand, the whole supply chain could be cleaned out,” said Gleason. “In that event, customers will face long lead times and limited product choices. Gold supply is showing some signs of strain, but silver could become completely unavailable.”

And while financial pundits argue that the paper prices are reflective of supply and demand, the reality is that investor demand for the physical assets is starting to overwhelm government mints. Last month the U.S. Mint was forced to suspend sales of Silver Eagles after unprecedented buying.

And soon, as we learned from Money Metals President Stefan Gleason in a follow-up interview, Canada may run out of their famed silver Maple Leafs for similar reasons:

“We just learned that the Royal Canadian Mint is having a severe problem sourcing silver blanks for the Silver Maple program, and they have told wholesalers that all previous commitments as to rationed deliveries may not be possible to fulfill.”

So, despite what we are hearing about a lack of demand for precious metals, the data is crystal clear. Investors are terrified of another economic, financial or monetary crisis, and they are rapidly shifting their assets to real money that they hold in their physical possession.

It seems that physical buyers aren’t the only ones piling into gold and silver. A report from Zero Hedge suggests that the smart money may be getting ready to move back into gold as hedge funds reduce their net short positions.

One thing we can say in the gold bugs’ favor: what had mostly been a headwind for gold for the past decade or so is no longer the case. While it may not make an immediate impact, the “smart money” Commercial Hedgers are now more aligned with them than at any point since the bull market began in 2001.

Commodities, including precious metals, have seen what can only be described as a financial massacre over the last several years. But according to Callinex Mines CEO Max Porterfield, we may soon begin to see demand outpace availability simply because many of the smaller and mid-range firms involved in mining precious and other necessary industrial metals have either pulled back on production due to lower prices or closed up shop entirely.

With the exception of a few companies like Callinex, exploration has almost entirely halted. This will have a decade-long impact on supply lines that touch almost every sector.

Layoffs are happening worldwide and there is blood in the streets.

It’s the savvy investor who understands that now is the time to be acquiring these assets.

Indeed, we’ve all heard the wisdom of buying when the market is at a bottom.

As Portefield notes, this is what blood in the streets looks like from a financial standpoint. Gold is off 40% from it’s highs and silver is down 70%, not to mention other commodities that have taken a significant hit including oil, copper and zinc.

The question now is, should investors continue to put their life savings into tech darlings selling near their all-time highs while their balance sheets bleed out, or is it time to start acquiring physical assets that have been tested time and again throughout history during times of economic and political upheaval?