Rent In U.S. Hits Record High for 17th Month In A Row 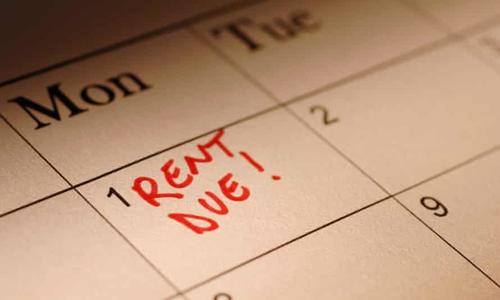 Renters in the United States are really starting to feel the financial pinch as rents hit record highs once again. For the last 17 months, rent has been hitting new highs each month. The pressure on renters is getting harsh.

The national median rent hit a new record high of $1,879 a month in July, up 12.3% from a year ago, according to Realtor.com and reported by CNN. While rents have been hitting new records for nearly a year and a half. July marked the sixth-straight month of moderating growth, retreating from a 17% year-over-year rent increase in January.

The South and Northeast have seen the largest rent increases. Miami, where rents were up 26.2% from a year ago, saw the biggest increase among the 50 largest US cities for the 10th-straight month. Miami was followed by New York, Boston, Chicago, and Orlando. –CNN

“Whether in a downtown area or suburb, staying put or making a change, renters are stuck between a rock and a hard place when it comes to affordability,” said Danielle Hale, Realtor.com’s chief economist. “Compared to three years ago when rental price premiums were typically concentrated in urban hubs, renting is now nearly as expensive in the suburbs, where the rise in remote work has driven a surge in demand,” added Hale.

When asked why they plan on raising rents, landlords cited higher costs for property management expenses, including tax payments, maintenance and upkeep, and utilities. In addition, fewer landlords plan to sell properties in July compared to January, now that the sales market has cooled and rents have soared, according to the survey.

“Like renters, landlords are feeling financial pains from the inflationary economy,” said Ryan Coon, Avail co-founder and VP of Rentals at Realtor.com. –CNN

Rent is not the only cost most people are dealing with either. Inflation is taking a toll as well, as the cost of necessitates such as food continues to rise. The everyday American is finding it harder and harder to make ends meet.