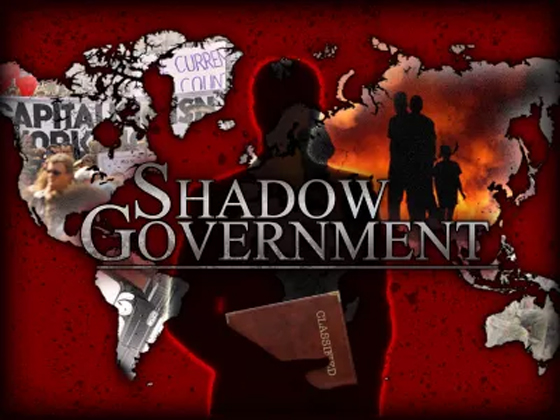 While North Korea dominated much of the news of late and the recent events in Charlottesville, VA have been the talk of the internet over the last couple of days, the recent revelation of the “Memo that rocked Washington,” which exposes the deep state subversion against President Trump and explaining the tactics being utilized, is being spun as “crazy” with the writer of the memo being labeled a “nutcase” by the MSM, who has converged on a narrative in a weak attempt at damage control.

The memo is embedded in full below, so readers can read the seven-page memorandum produced in May by the former director of strategic planning at the National Security Council, Rich Higgins.

Before we detail some of the highlights from the memo, then offer the document in full, lets take a look at Higgins credentials, the man that the media is doing their best to discredit with labels like nutcase (MediaIte) with outlets like Washington Post calling the memo itself “crazy.”

Not only was Higgins the the former director of strategic planning for the NSC, before being fired by Lt. Gen. H.R. McMaster for writing the memorandum, but perhaps more impressive, the Army veteran was also a former Pentagon official who specialized in irregular warfare.

Department of Defense defines Irregular Warfare in a 100 page document from 2007, in the following manner:

Irregular warfare (IW) is defined as a violent struggle among state and nonstate actors for legitimacy and influence over the relevant populations. IW favors indirect and asymmetric approaches, though it may employ the full range of military and other capabilities, in order to erode an adversary’s power, influence, and will. It is inherently a protracted struggle that will test the resolve of our Nation and our strategic partners.

Our adversaries will pursue IW strategies, employing a hybrid of irregular, disruptive, traditional, and catastrophiccapabilities to undermine and erode the influence and will of the United States and our strategic partners. Meeting these challenges and combating this approach will require the concerted efforts of all available instruments of US national power.

Influencing foreign governments and populations is a complex and inherently political activity. This Joint Operating Concept (JOC) describes the military role in protracted IW campaigns; however, these campaigns will fail if waged by military means alone. The nature of IW requires the US Government (USG) to achieve the level of unified action necessary to integrate all available instruments of national power to address irregular threats. The USG will have to develop “Whole of Government” approaches to waging IW at the political, strategic, operational, and tactical levels. Other government agencies must build their capacity to operate in unstable or hostile environments.

Irregular warfare is about people, not platforms. IW depends not just on our military prowess, but also our understanding of such social dynamics as tribal politics, social networks, religious influences, and cultural mores. People, not platforms and advanced technology, will be the key to IW success. The joint force will need patient, persistent, and culturally savvy people to build the local relationships and partnerships essential to executing IW.

So a man that specialized in irregular warfare tactics for the Pentagon, writes a seven-page memo which details a plot to overthrow the President of the United States, by globalist members of the deep state, with the intentional help of propaganda being fed to the media in order to influence the public, using tactics he was responsible for observing while at the Pentagon in order to save American militarylives, and the media starts screaming “nutcase,” and “crazy,” and “conspiracy theory!”

The memo is titled “POTUS & Political Warfare,” and starts off detail some background on the “information campaigns designed to first undermine, then delegitimize and ultimately remove the President,” calling it “political warfare at an unprecedented level that is openly engaged in the direct targeting of a seated president through manipulation of the news cycle.”

While naming the actors, such as the media, Democrats, establishment Republicans, and explaining what each gains in their political warfare campaign against the president, it is on Page 5 of the document embedded below, where Higgins detailed the “Adversary Campaign Plan,” in the following manner:

Political Warfare has been described as “propaganda in battledress.” The effort directed at President Trump is executed along one overt, as well as two covert, lines of effort:

• The overt line of effort is PUBLICITY. Publicity is the straightforward projection of a case that builds a picture in the audience’s mind designed to garner support. It is facts without context and information the adversary wants the audience to possess that creates an impression and sets conditions. It seeks to establish good will and receptiveness to additional inputs.

• There are two covert lines of effort: PROPOGANDA and INFILTRATION/SUBVERSION.

o Propaganda is the deliberate direction, even manipulation, of information to secure a definite outcome. It is an attempt to direct the thinking of the recipient, without his conscious collaboration, into predetermined channels that are established in the Publicity line of effort. It is the unwitting conditioning of the recipient by devious methods with an ulterior motive that seeks to move them incrementally over time into greater belief and acceptance of message transmitted in the Publicity line of effort.

o Infiltration and subversion operate internal to the targeted organization in order to inform, target, coordinate, and amplifythe effects of the publicity and propaganda. Both operate to gather intelligence, obstruct legitimate courses of action, provide inside information, and leak sensitive information that undermines the leadership and suppresses the morale of friendly elements.

o Infiltration of political and social groups within a target state is done for the purpose of extending counter-state influence and control. The endgame is concealed and may involve illicit activities.

o Subversion undermines or detaches the loyalties of significant political and social groups within the target state and transfers political and/or ideological loyalties to the counter-state. As thcounter-state forms, a counter-elite of influential individual and key leaders within the target state will later facilitate the legitimacy and permanency of the new regime.

On page #6 we see “Political Warfare Executive – The Meaning, Techniques and Methods of Political Warfare,”  which accurately captures what we at ANP have been documenting and reporting on for years, including how the media is being used to deliberately push “pseudo-realities,” in a campaign to “delegitimize President Trump,” with preferred narratives including the “Russia hacked the election”, “Obstruction of Justice”, “Hiding Collusion”, and “Putin Puppet.”

Supporting Narratives. Meta-narratives are supported by an ongoing series of supporting-narratives that can be swapped out as circumstances warrant. It is important to recognize that these stories do not have to be true, valid or accurate to serve their purpose. Over time, deserved or not, the cumulative effect of these supporting narratives will result in a Trump fatigue. From a political warfare perspective, President Trump’s inability to meet this challenge will cast him as a weak failed leader.

The entire memo is embedded below, read it and decide for yourself.  Below the memo we analyze why a man that specialized in irregular warfare for the Pentagon, was fired by McMasters for detailing what many in the Independent Media have been documenting since Trump won the election.

WHY WAS HIGGINS FIRED?

We have largely refrained from weighing in on H.R. McMasters, despite the fact that his stances on Iran, Islamic Terrorism, the Paris Accord, were more in line with Obama policy than President Trump’s policy, where in each case McMasters lost his argument and the President aligned himself with the promises made, keeping them rather than allowing McMasters to influence his decisions, but according to recent reports, the second McMasters saw this internal memo, he “detonated,” and then proceeded to fire the man that wrote it.

The memo was written in May, but after McMaster discovered it, Higgins was called into the White House counsel’s office on July 18 and questioned about it. On July 21, he was fired by McMaster’s deputy, but not explicitly given a reason why.

As to McMasters stances on a variety of issues that do not align with the president’s base, that can be chalked up to “politics” as Trump the businessman was well known for hiring people with opposing views as to look at all angles before making his decisions, it was not surprising in the least that he brought McMasters on.

The firing of the director of strategic planning for the NSC on the other hand, for utilizing his experience in known irregular warfare methods for and tactics for the Pentagon, to warn of a campaign against a sitting president by multiple factions, including globalists, deep state members within the intelligence community, and the media, forces us to ask the question of whether McMasters is part of the “political warfare” campaign against President Trump?

That is a question President Trump should be asking.

The fact that the media was called out directly in the memo, highlighting the part they play in pushing “pseudo-realities,” in order to generate a narrative to influence the general public, explains clearly why they are in all-out damage control mode trying to discredit the writer of the NSC memo that rocked Washington, because he just publicly exposed them all.

The fact that the media, Trump haters, neverTrumpers, establishment Republicans, and Democrats are all supporting McMasters, also begs the question: Is he one of the enemy within?

The fact that he fired a man trying to protect the president from other enemies within, might be the answer to that question.

A couple other articles detailing other Trump loyalists fired by McMasters and the campaign to #FireMcMasters, discussed below: