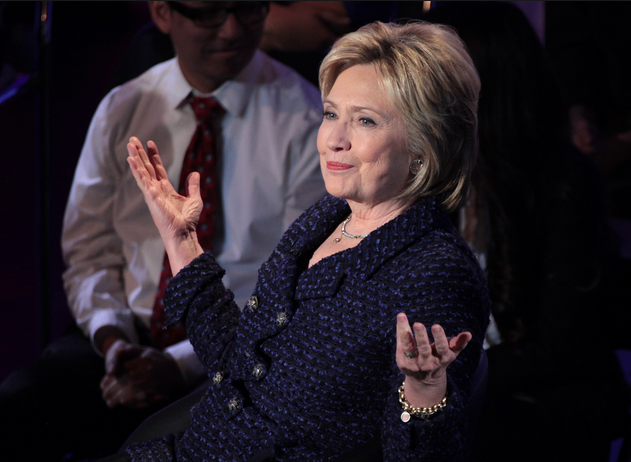 Corruption is officially “in” at the DNC as Hillary Clinton has secured her place on the Democratic party ticket, despite a huge wave of discontent at the convention among dissatisfied and outraged Bernie delegates and supporters.

For many, Bernie Sanders put the final nail in the coffin of any remaining illusions anyone should have about whether or not this is a “democratic” society. As a gesture towards his ‘unity’ deal with Hillary Clinton, Bernie Sanders moved to suspend the convention rules and “select” Hillary on the basis of “acclamation” – in other words, a voice vote. For someone who drew a huge following vehemently campaigning against her, Bernie gone well out of his way to endorse and praise Hillary, but many of his followers aren’t about to follow him that far.

Regardless, it is now officially Hillary on the ballot in November, and things have never seemed more dangerous for this country.

Though the simple and repetitive slogans for “unity” and the “first woman president” give the glazed over appearance that all is normal, as party officials and famous faces cheerlead the crowd, the truth is that things are anything but hunky dory.

After frequent and loud outbursts during the first day, there were numerous reports of Bernie supporters being booted out of the convention, and security officials confiscating signs and other dissent ‘paraphernalia.’

Now, those supporters are joining up with protesters outside the convention and intend to have their voices heard.

As the Associated Press reported, protests are heating up and clashes with police are sparking concerns about riots:

Bernie Sanders loyalists protested inside and outside the Democratic National Convention site and clashed with police on Tuesday after Hillary Clinton won the party’s presidential nomination.

Despite Sanders’ calls for them to support Clinton, thousands of activists have taken to the streets during the convention this week to voice support for the liberal Vermont U.S. senator and his progressive agenda.

a large group of Sanders delegates and supporters exited the Philadelphia convention site to hold a sit-in inside a media tent. Some had their mouths taped shut.

In the streets outside, Sanders supporters who had spent the day protesting began facing off with police. Protesters began scaling 8-foot walls blocking off the secure zone around the arena parking lot, and several were detained. An officer sprayed one of the protesters.

The protests continued into the night with Sanders supporters and anti-police brutality protesters joining together. They marched in the street outside of the Wells Fargo Center. Later, someone set an Israeli flag on fire while people chanted “long live the intifada.”

“We all have this unrealistic dream that democracy is alive in America,” said Debra Dilks, of Boonville, Missouri, who said she wasn’t sure she’ll vote in November. “Hillary didn’t get the nomination. The nomination was stolen.”

People are angry like never before, and things could get much worse.

Infowars reporters filmed protests overwhelming and pushing back against police:

Infowars reporter Joe Biggs caught the moment to large protests met with over thousands of people pissed off at the DNC. Police were shit down. The roads. Everything. Total chaos in south Philly

Already, it is clear that many Bernie supporters are disappointed in Bernie for not making a bigger stand on the issues, and instead rolling over for the establishment juggernaut – even in the face of clear evidence that the DNC cheated him and the voters of this country.

The 2016 Democratic primary has now been exposed for its deep-seated and systematic corruption – which Wikileaks documents proved was orchestrated to favor Hillary and ensure her (s)election.

Are we not to find it convenient that Hillary faced ONLY ONE other contender for her party’s nomination, and still had to cheat to win? The super-delegates were rigged for Hillary, and there were even several primaries that appear to be outright stolen, or seriously “massaged.”

There is no trusting the electronic voting machine outcomes, and no reason at all to regard voting as having any real or tangible outcome on the presidential election.

Hillary has proven that presidents are selected, and selected to serve special interests and powerful corporations dutifully.

Welcome to the next regime, once that is seizing power during the collapse of America, when it is heavily divided and weakened. A true tyrant is defying the law out in the open. Only Trump can stop her.

Where Are The Handcuffs? This Video Blows The Doors Open On Hillary’s Corruption, Obfuscations and Outright Lies