President Trump Wastes No Time Ripping Apart the Obama Agenda: “He Has A Lot Of Work To Do To Reverse The Damage Done” 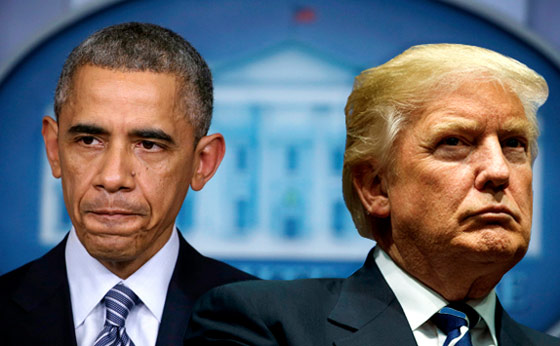 Though Obama promised hope and change to his supporters back in 2008, it should be clear that nothing of the sort actually happened during his eight years in the White House.

As Joe Joseph of The Daily Sheeple highlights in his latest Daily News Brief, President Trump has a lot of work to do to reverse the disaster that was the Obama Administration.

During the Obama administration we’ve witnessed an amazing loss off civil liberties… we saw the implementation of many mass surveillance programs… we saw a massive increase in the use of drones both, domestic and in warfare… we saw rampant warm… we saw health care reform… they should call it health care deform… that’s all a part of this bleak legacy he’s left behind… our foreign policy continued this whole aggressive stance and it gave rise to ISIS.

He covered the collapse they created and he created new opportunity for those very same bankers, which if you look today you can see that the very same practices that were employed that led to the collapse in 2008 are being employed today… bubbles are being blow up and are ready to burst just in time for President Trump to roll out his agenda… there’s so many avenues for them to push the button… to pull the switch…

Visit The Daily Sheeple Youtube Channel for  more news briefs and news updates throughout the day from Joe Joseph.