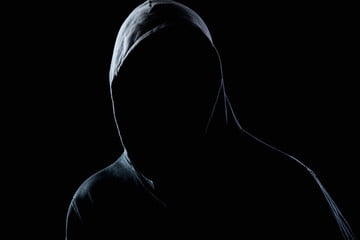 The “gray man” survival concept isn’t new in preppers’ circles, but it’s also something a lot of questions are asked about. Becoming a “gray man” essentially means strategically not drawing attention to yourself to avoid conflict.

Being a “gray man” is easier said than done.  Since it’s impossible to predict what the future will hold, especially the future of survivalism, we can only speculate how to best achieve “gray man” status.  That said, it is a skill that can be practiced now though, before the SHTF. Blending in, laying low, recognizing dangers, and situational awareness all play a role in this concept. Going unnoticed can keep you out of harm’s way.

It’s been said that an ounce of prevention is worth a pound of cure. So if you can avoid conflict or any need for self-defense, you’ll have an added advantage when the SHTF. This is one skill that actually costs nothing.  All it takes is some rational thought and heightened awareness.

The first step is to observe others.  Start to notice things like attire and how people speak to each other.  Observe how people interact with each other and begin to recognize their mannerisms and inclinations.  This requires you to first has some decent situational awareness skill – which is also free.  After you’ve observed others, your goal is to fit in and avoid creating a stimulus (something that can be embedded in someone else’s memory and creates an impression).  Be like those around you. If you stick out, you could become a target. Be remarkably unremarkable and unmemorable.

You want to be as invisible as possible, so while keeping with the general tone of attire others are wearing, you’ll want to make sure you wear muted colors, avoid prints (yes, even camouflage), and don’t accessorize. Avoid any military-style clothing.  That makes a statement and ensures you will not appear invisible to others. Hide any distinguishable markings such as a birthmark or tattoos.  These will make you easily identifiable.

You also want to appear non-threatening and make sure your demeanor matches your attire. Don’t go all out and cover your face with a bandanna under a hood. That will suggest that you’re up to no good. Instead, wear a baseball cap and give off the “vibes” of someone who is not doing anything at all except existing. Be boring, but walk as though you have a purpose.

Minimize interactions with all people, especially those you do not know.  Once the SHTF, you’ll have more enemies than friends especially if your friends have failed to effectively prepare for the bad times.

Most importantly, you will want to learn to think like a “gray man.” Changing the way we think is difficult, and impossible for some. But if you want a chance at avoiding as many altercations as possible in dire situations, you’ll need to make the attempt. Watch the video below for some great advice:

Learning to be a “gray man” could save your life.  Blending in while being forgettable and not leaving an impression on anyone will allow you to go about your business with very limited altercations. This is one skill that is ranked up there with situational awareness.

Both situational awareness and being a “gray man” are essential to a proper prepping mentality.  Both are free, and in addition to this article, I suggest you read as much as you can about both and begin to use them in your everyday life as practice.

The Gray Man is the forgettable face, the ghost guy, the hidden human. Implementing the concepts is more than looking less tactical, less hostile, or less threatening. It is the willful abandonment of anything and everything that defines oneself as different. Using his unique “S” word conceptual approach featured in Appear to Vanish, camouflage and concealment expert Matthew Dermody discusses the concepts, tactics, and mindset necessary to assimilate into any urban environment. From the safety-conscious international traveler to the SERE contingencies of the deep cover foreign operative, GRAY MAN is the definitive urban concealment resource.