Prepping In Your Golden Years: How Survival Strategies Change As You Get Older 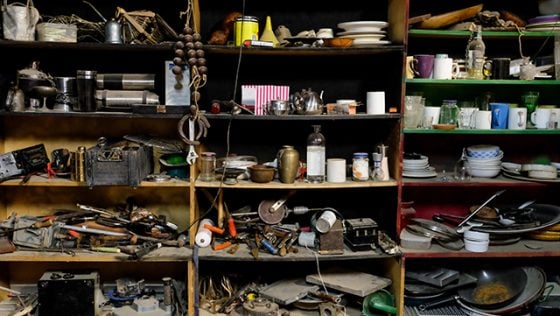 In trying to come up with Time To Plan For The Worst Rather Than Hope For The Best, many folks end up stumbling upon generic information aimed at the young and agile – meaning it isn’t exactly suited for middle-aged and elderly people who might require more than just the bare essentials if they hope to survive an emergency situation.

If you’re someone who wants to be adequately prepared for the future, but who also recognizes that your needs are changing now that you’re getting up there in years, listen up – this information is for you.

In a recent post on SurvivalBlog.com, one contributor who describes himself as having recently reached his “golden years” offers some helpful tips for others like himself who probably also need to adapt their survival strategies as they age, starting with the bug out bag (BOB).

While it might be tempting to only store the bare minimum, this contributor says that he personally decided to stuff his own BOB with “way more than essentials.” While younger folks might say this individual’s BOB is too heavy, he recognizes that at his age, he won’t be “trekking 20 miles a day” like others might.

He’s also changed the way he stores emergency food, switching away from freeze-dried, 25-year shelf life options – because who needs that as a senior? Instead, he now stores a rotation of fresher foods, often from he and his wife’s personal garden, alongside bulk products like rice and beans.

Then, there’s water. While many survival resources recommend storing about one gallon per day, per person, this contributor found after a test drill that he and his wife required far more than this, which is why they decided to invest in larger storage containers, as well as rain barrels.

“As soon as funds became available, we invested in a propane heater which was not electric dependent,” he explains about a system he also purchased to heat his increased store of fresh water.

“Backup heat is a really big deal when you wake up in the middle of the night with no electricity and a house colder than a politician’s heart,” he adds.

For more survival and preparedness tips, be sure to check out Survival.news and Preparedness.news.

Medical supplies are always important, no matter your age. But what actually constitutes these supplies can change as a person ages, which is why it’s critical to take a very close look at what you have, as well as how to use it.

For this contributor, having a large supply of painkillers is key, as is having BenGay and Metamucil on hand at all time. And as far as emergency surgery goes, the elderly will have an easier time using a staple kit as opposed to a needle kit, which tends to be more difficult to use.

Younger folks might also prefer to have a stockpile of weaponry, while the elderly might do better with just one weapon – perhaps an easy-to-use rifle with a red dot sight or scope, in case poor eyesight is a factor.

Regardless of age, one’s chances of survival greatly increase when he or she builds a trustworthy “tribe” of other like-minded folks, all of whom are committed to helping one another through thick and thin. And as an elderly person, it’s important to make sure that there are at least some younger people in this tribe as well.

There are things that younger folks can do that elderly folks can’t – and vice versa. So think through the different complementary tasks that people in various age categories are capable of, and build your tribe accordingly.