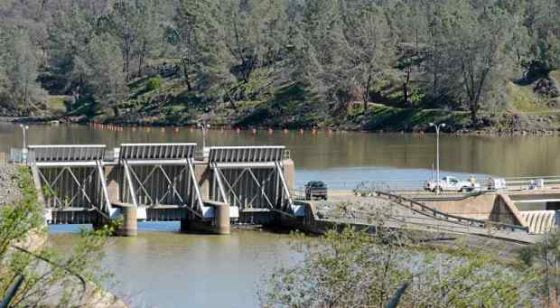 If you have yet to prepare for a “lights out” situation, you had better start. Reports are coming out now that a power plant in California could be temporarily shut down as a result of the drought plaguing the state.

According to a report by Newsweek, if California’s Lake Oroville shrinks below 640 feet, the low water levels may “force” officials to close down a major state power plant for the first time. The reservoir may reach the benchmark as early as late August, adding additional stress to California’s electrical infrastructure during the hottest weather of the season. The Associated Press reported that Lake Oroville helps irrigate about 25% of crops in the U.S. annually, in addition to playing key roles in Northern California tourism and endangered salmon conservation. A severe state drought is evaporating the water supply quicker than usual, leading officials to anticipate record low levels in the lake.

The drought could lead to massive power outages and a decrease in the food supply. This one could end up being a big deal. If you live in that area, the time to prepare was a year ago, but you could still have time.  Figure out a way to store food and water.

Jay Lund, co-director of the Center for Watershed Sciences at the University of California-Davis, said that the approximately 1,500 reservoirs in California have fallen 50% lower than expected for this time of year. Trees along the Lake Oroville banks are blackened from the lack of water, while some houseboats sat atop cinderblocks over Memorial Day weekend.

All signs point to this summer, fall, and winter being overall difficult, especially for those who are unprepared and not expecting things to become so dire.

What we need to pay attention to is the one emotion the mainstream media talking heads and the ruling class needs us to feel: fear.

In Northern California’s Butte County, low water prompts another emotion: fear. The county suffered the deadliest U.S. wildfire in a century in 2018 when 85 people died. Last year, another 16 people died in a wildfire. –Newsweek

That’s the name of the game right now and people who are panicked and scared will do things that the calm rational people will not. Focus on your preps and your discernment.  Do not allow anyone to put you in a state of fear.  Prepare and eradicate that emotion for good.