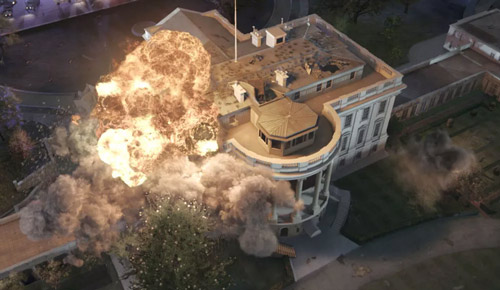 This week ABC featured a new TV series starring Kiefer Sutherland, called “Designated Survivor.”  The storyline revolves around an attack on Washington, D.C. during the State of the Union address.  The President and all Cabinet members are killed, and Kiefer Sutherland (playing the Secretary of Housing and Urban Development) is sworn in as the successor to the President.  Nice theme, and one may wonder if it is wishful thinking or inside information, as Hollywood is just as much an extension of the Obama administration as the media.

Under COG (Continuity of Government), there is just such a plan in effect.  The Designated Successor (aka Designated Survivor) is usually a Cabinet member who is physically distant and away in a secured location during events such as the State of the Union.  The location is also kept a secret.  This is a precaution that is taken in the event of some kind of attack or catastrophic event that manages to zap the President and his line of succession.

Many of the requirements for the presidency are identical for the successor: that the individual be a natural-born citizen, at least 35 years old who has resided in the U.S. for at least 14 years.  All of this is outlined in the Presidential Succession Act, the regulations governing the Designated Survivor/Successor procedure that originated during the Cold War.  There are initiatives in place to specify succession and the departments that handle each specific area of government.

The last event that determined a Designated Successor was the State of the Union address on January 12, 2016 in which two were selected: Orrin Hatch (R- UT) was made President Pro Tempore of the Senate, and the actual Presidential Successor was Jeh Johnson, the Secretary of the Department of Homeland Security.

Saturday, September 3, 2016 saw Jeh Johnson, the Secretary of the DHS at the annual convention of the Islamic Society of North America (ISNA), a group with known and established, documented ties to Hamas and the Muslim Brotherhood.

Johnson spoke at this event and declared that Muslims were unfairly targeted, and that he would protect them in his role as DHS Secretary to the best of his abilities.  Now he has plenty of opportunity to do this, as Obama just committed to bringing approximately 115,000 Syrian “refugees” into the United States.

As can be deduced, the caliber of individuals to “succeed” Obama bodes no good for the country.  Returning to the television program, Hollywood has a way of releasing things just before an “actual” or “similar” event occurs.  In April 2005, a “What If?” type of television program was released to explore the potential disaster if a category 4 or 5 hurricane hit the oil platforms in the Gulf of Mexico.  Four months later, it happened that the scenario came true in the form of Hurricane Katrina.

As close as it is to election time, with a “sudden” rise in bombings and terrorist incidents domestically…and here is a TV show that simulates the loss of the president, Congress, and the Cabinet and the “safety measures” to keep the government functioning.

This information was provided by Archivist in an SHTF Plan comment that bears notice in the same vein:

“Watch out next month:

“South Korea and the United States will conduct a mock attack on a nuclear facility next month, an official with the South Korean Defense Department told CNN.  The simulation, dubbed joint exercise ‘Red Flag,’ will take place in Alaska from October 3 until October 21.”

Good eye, Archivist.  Small coincidence that such a “drill” is taking place on the heels of all the nuclear tests and missile trials that North Korea has been conducting this year.  The point is that TPTB (the powers that be) tip their hands periodically as to either what will happen, what they’re doing, or a combination thereof.  In this manner they condition the public for their measures and projects they inflict upon us to ensure the herd continues to graze without alarm.

This program is sure to be another one to condition and anesthetize the public to the true danger that exists to us all…the danger posed not by an attack from without, but from an unfettered government from within with no checks and balances to limit its abuses of authority.

Inside Edition: The position of ‘Designated Survivor’ is very real:

Chemical, Biological, Radiological, Nuclear: Are You Ready For An Attack On U.S. Soil?