Pentagon Escalates Hostilities with Russia: “We Are In a Proxy War” 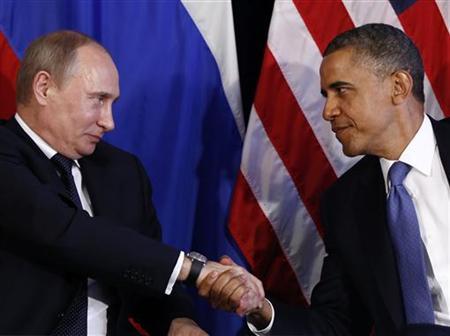 It should be no surprise that, with egg on its face, the U.S. was not going to stand by as Putin commenced bombing ISIS out of existence.

With U.S. leaders up in arms over the targeting of their “CIA-backed moderate rebels,” everyone is stunned at Putin’s reported 40% destruction of ISIS’ entire infrastructure in Syria in one simple week.

No, there had to be a reason to blame Putin, and reclaim the narrative.

Now, just in time, figures from the Pentagon, including Secretary of Defense Ashton Carter, and former U.S. Army vice chief of staff General Jack Keane, have raised the level of rhetoric about the activities of Russia in bombing Syria.

A rationale for opposing Russia’s bombing of ISIS has been manufactured, and is now escalating – with a chorus of criticism citing the reported errors of Putin’s “unprofessional” campaign, as Secretary Carter termed it.

General Keane went much further, dramatically testifying in Congress that ‘Putin has launched a proxy war’ and should be engaged as an enemy:

General Keane is, by the way, the chairman of the Institute for the Study of War, and a lobbyist for war who sits on the board of directors for General Dynamics, and extensive ties to neocon foreign policy wonks such as Frederick Kagan, a member of the notorious Project for a New American Century (PNAC) think tank which shaped the imperial strategies of the George W. Bush Administration.

Testifying before the Senate Armed Services Committee, the retired four-star general said retaliatory options could have included bombing the runway of the Syrian airbase being used by the Russians, and establishing and enforcing protective zones.

He said Putin, believing U.S. and European leadership to be weak, “is counting on the U.S. fear of escalation and fear of confrontation to stop any thought of retaliation.”

“If we continue to wring our hands and continue to be dominated by fear and opposed to instilling fear, then Russian aggression will not just advance in the Middle East – it will with certainty escalate in the Baltics and eastern Europe,” Keane said.

Moreover, the unconfirmed and perhaps dubious reports that Russian missiles missed their target and hit Iran instead are now being stoked by the American propaganda machine to create the image of Putin as a dangerous leader who simultaneously has a force inadequate to that of the U.S. – and can’t manage a war “professionally” – yet also poses the greatest threat to global order since Hitler.

The world need not be convinced of these arguments, only enough Americans to show support in polls for U.S. forces operating directly in Syria, and meeting Russia on the battle lines as an enemy.

After all, we are now at war with another global power, are we not? Does that mean it has become World War III, or are we waiting for an official pretext and announcement?

Ambassador: Russia Just Destroyed 40% of ISIS Infrastructure… in a WEEK