Peak Pollination: Global Collapse of Food Supplies Approaches As 30% of Bee Colonies Wiped Out In the Last Year 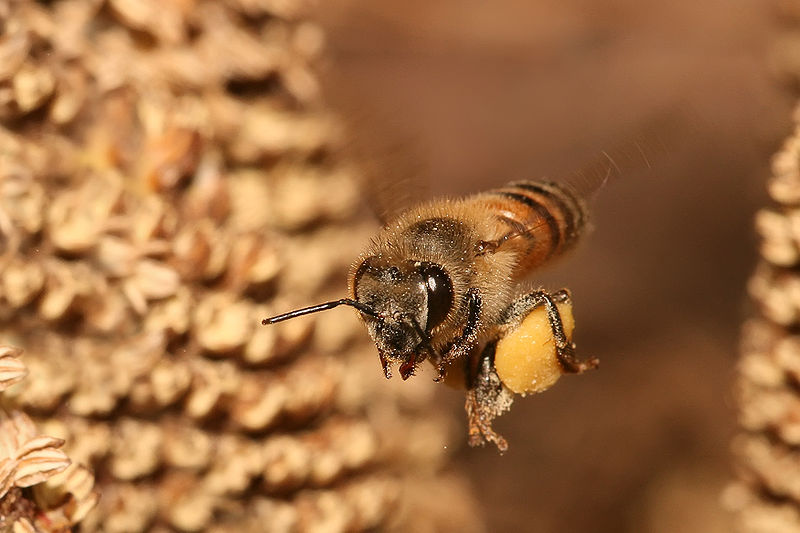 With seven billion people on the planet energy and food resources are already highly strained, as evidenced by the fact that the majority of the world’s population lives on just scraps a day.

It wouldn’t take much to send us over a cliff. The last several years have not only reduced food reserves significantly because of widespread droughts, but have led to price inflation in essential grains necessary to feed ourselves as well as the livestock on which millions of Americans depend.

The reality is that we’re just one major calamity away from a catastrophic impact on our ability to feed the people of earth.

And, according to recent data published by the Bee Informed Partnership, that calamity could come in the form of a totally unexpected event: Peak Pollination.

According to the latest survey results, an astounding 31.3 percent, or roughly one-third, of all managed bee colonies in the U.S. were wiped out during the most recent 2012/2013 winter season, a rate that represents a 42 percent increase compared to the number of colonies lost during the previous 2011/2012 winter season.

U.S. beekeepers on average lost more than 45 percent of their colonies during the 2012/2013 winter season, a 78.2 percent jump in losses over the previous season.

And overall, more than 70 percent of respondents, most of whom were backyard beekeepers, experienced losses beyond the 15 percent “acceptable” threshold, illustrating a monumental problem not only for bee survival but also for the American food supply.

…many are worried that this year-after-year compounded increase will very soon make it impossible for grow enough food.
“We’re getting closer and closer to the point where we don’t have enough bees in this country to meet pollination demands,” says Dennis vanEngelstorp, an entomologist at the University of Maryland who led the survey. “If we want to grow fruits and nuts and berries, this is important.

One in every three bites [of food consumed in the U.S.] is directly or indirectly pollinated by bees.

The bee population has been diminishing at an astounding 30% per year over the last decade, a decline that is often overlooked or ignored by central planners.

Bees are absolutely essential to the cycle of life. In the United States they pollinate about 90% of flowering crops, including those used as feed for cattle.

Take away the bees and the majority of the world’s population will be dead within a year because there will be no way to pollinate the billions of pounds of fruits, vegetables and other plants required to keep all of us alive.

The most frightening thing about the destruction of bee colonies is that we have absolutely no idea what is causing it. It could be contaminants in the air such as industrial pollutants or radiation. Some have surmised that it’s electro-magnetic and radio signals from millions of internet-wired devices. Or, perhaps it’s the very plants the bees are pollinating, most of which are now genetically modified to serve corporate business interests.

Whatever the cause, we have no solution, which means we can expect this trend to continue.

Nature has struck a very delicate balance on our planet. From the thermo-halene circulation of our oceans to the oxygen and carbon dioxide in our air, even tiny changes make for significant global impacts.

At this pace it is only a matter of time before the population of bees on our planet falls below the threshold necessary to produce enough food required to meet global demand.

Adee Honey Farms of South Dakota, the largest beekeeping business in the country, lost 28,000 of its 70,000 hives. That’s about a billion bees gone missing. “It’s off the charts,” said Bret Adee. “It’s not a sustainable thing, what’s happening now.” (link)

How long before we go critical is anybody’s guess, but peak pollination is coming unless we can reverse the trend (something that doesn’t look very promising).

At current rates about half of the world’s bee population is being destroyed every two years.

These are massive numbers.

With bees responsible for pollinating about 35% of the food produced for global consumption, it’s easy to see how serious of a crisis we’ll face if Colony Collapse Disorder can’t be stopped.

Couple this with all of our other problems, both natural and man-made, and things could go very badly, very quickly.