Pay Me In Gold: Lawmaker Requests Compensation In “Money That Has Intrinsic Value” 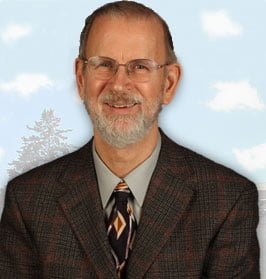 Some lawmakers are finally getting it, with the latest example coming from Jerry O’Neil, a state congressional representative in Montana.

At one time a trivial matter for O’Neil, he says he now understands the damage being done by the Federal Reserve’s monetary policy and the over $16 trillion in U.S national debt.

In a letter to Montana’s Legislative Services, the congressman notes that the U.S. Constitution  prohibits the payment of debts in anything but gold and silver, and says that his oath to the Constitution and the people he represents can only be honored if the government pays his legislative salary to him, “in gold and silver coins that will still have value when the U.S. dollar is reduced to junk status.”

The full copy of the letter (pdf) is available below:

Last week I was re-elected to serve the people of House District 3 as their Representative in the Montana Legislature. Once again it will be my privilege to take the oath of office, promising to obey and protect the United States Constitution and the Constitution of Montana.

When campaigning, some of my constituents informed me I was not honoring my duty to uphold and defend the United States Constitution. The area of their concern is the prohibition, contained in Article I, Section 10, that states, “No state shall – – make anything but gold and silver coin a tender in payment of debts – -.” They ask me how I, a policy maker for the State of Montana, can ignore this clear constitutional prohibition.

Over the 10 years I have previously served in the legislature I have considered this a trivial matter that would show me to be out of step with our national rulers if I made an issue out of it. I did not want to be branded as a fanatic over an issue of no consequence.

Today I am looking at this issue in a new light. When I was going to my constituents homes I agreed with them the most important issue for the coming legislative session will be to protect them from the economic debacle hanging over our heads.

With just a cursory look at history we know a country that lives beyond its means faces dire consequences. Having a $16,000,000,000,000 national debt is a warning sign we can only ignore at our peril. Having such a debt and allowing it to increase unchecked is an invitation for national suicide.

It is very likely the bottom will fall out from under the U.S. dollar. Only so many dollars can be printed before they have no value. The Keynesian era of financing government with debt appears to be close to its demise. If and when that happens, how can we in the Montana Legislature protect our constituents?

Hopefully this will be an example for our Montana citizens and prompt them to also have some of their own wealth in money that has intrinsic value.