Over Taxed: 1/3 Of Americans Need A “Side Hustle” To Make Ends Meet 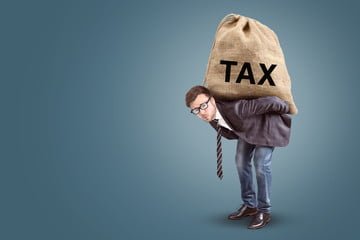 Imagine a world in which you could keep every single penny that the fruits of your own labor produced. That would be a world without income taxation making it much easier for the average American to get by.

Instead, we live in a world where nothing goes untaxed. About 1/3 of Americans say that their expenses are so high that after the theft of the federal government from their paychecks, they need a “side hustle” to make ends meet. According to Bankrate, side hustlers make $1,122 per month on average from their part-time work — up from $686 last year. But if Americans were given the right to no longer be stolen from, and got to keep their own money, most wouldn’t need a side hustle or part-time work to get by.

Nearly half, 45%, of U.S. workers earn additional income outside of their primary career, a recent Bankrate survey found. This includes 48% of millennials. The percentage of Gen Xers and baby boomers with a side hustle is slightly lower, coming in at 39% and 28%, respectively.

“A lot of people are working side hustles because even though the economy is strong, wages are stagnant,” Amanda Dixon, an analyst at Bankrate, told MarketWatch. “For a lot of Americans, expenses are rising, but there are no raises at work.” And heaven forbid the government stops raiding our income. That won’t be a suggestion the lapdog media will toss around either. However, if humans own themselves, they have the right to the fruits of their labor regardless of the edicts of the political elitists.

The video below exposes the utter insanity of taxation:

Many of the people out there living paycheck to paycheck (which is about 78% of Americans) would not be in that predicament if the income theft would cease. The fact that not many will even talk about the heavy burden of taxation in America is not surprising, but it is important.  There’s a reason they don’t want you focused on how much they steal.  And if you make more to account for what was stolen from your paycheck, they’ll steal some of that too. It’s an ugly vicious cycle and if the government cared even a little about the general public (which they don’t) they’d immediately eliminate all income theft.  Just because it’s legal for them to steal (and they invented that rule) doesn’t make it right.

Parasites on Parade, a book by Larken Rose tackles the very problem of government interference in our lives and paychecks. This book takes a look at the mentality and tactics of various state busybodies also provides an important lesson regarding the true nature of political “authority,” and the problems and abuses it naturally creates.