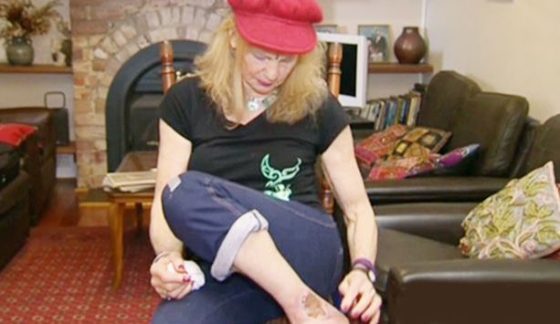 An infectious flesh-eating ulcer caused by a bacteria is spreading so quickly through Australia that scientists in the state of Victoria are declaring this outbreak an epidemic.  Normally abundant in West and central Africa and, the buruli ulcer is now taking hold in the “land down under.”

In a study published Monday in the Medical Journal of Australia, the authors caution that the outbreak of the ulcers, described as an “epidemic” in the study, requires an “urgent scientific response.” They report that Victoria is facing a worsening epidemic “defined by cases rapidly increasing in number, becoming more severe in nature, and occurring in new geographic areas.”

Buruli ulcer is caused by infection with the organism Mycobacterium ulcerans. It often affects the skin by deteriorating the tissue, but can go so deep it affects the bone structure. The organism belongs to the family of bacteria that causes tuberculosis and leprosy. However, M. ulcerans is an environmental bacterium and the mode of transmission to humans remains unknown. The organism produces a unique toxin – mycolactone – which causes tissue damage and inhibits the immune response.

“In Australia, it seems more to be a terrestrial transmission whereas in Africa, for example, the strain is very different and is mostly transmitted through aquatic ecosystems,” said Andres Garchitorena, a researcher at the Institute of Research and Development in France and an expert on Buruli ulcers, who was not involved in the most recent report.

But the cases in Australia are becoming more severe and doctors also do not know the reason.  “One possibility is maybe there’s some resistance to the antibiotics that they are using,” Garchitorena said. “It is difficult to prevent a disease when it is not known how infection is acquired,” wrote the lead author and associate professor Daniel O’Brien, an infectious diseases consultant.

Although some deaths from the infection have been reported, most cases are not life-threatening, according to Garchitorena. “There are cases where people have died, but the most common outcome when it’s not treated is a handicap: People may need an amputation or surgery with functional limitations for life,” he said. WHO also reports management of the buruli ulcer becomes more difficult when the patient is dealing with a coinfection of HIV, perhaps lending to the increased severity of the infections in Africa, although that’s largely speculation as still more in-depth studies of this disease are warranted.

The majority of cases are still being reported in West and Central Africa, including Benin, Cameroon, Côte d’Ivoire, the Democratic Republic of the Congo and Ghana. There are no predictable trends in the number of cases reported yearly either.