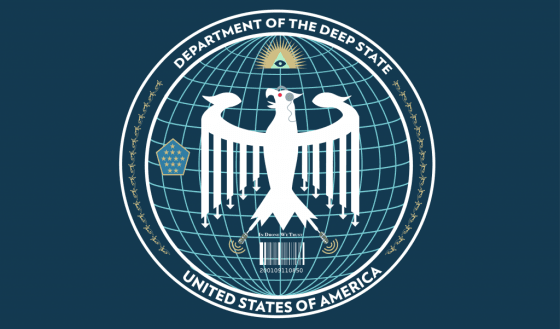 This article was originally published by Catherine Frompovich at Activist Post.

William “Bill” Binney, a former highly placed intelligence official with the United States National Security Agency (NSA) turned whistleblower who retired on October 31, 2001, after more than 30 years with the agency, engages in an exclusive interview with Harley Schlanger and SGT Report host Shawn about the treasonous debacle to “get” President Donald J. Trump.

A central claim of the Mueller Report is that the DNC server was hacked by Russian intelligence, who provided this data to WikiLeaks for publication. This claim is refuted both by Bill Binney who worked at the NSA for over 30 years and by WikiLeaks representative Craig Murray.

Murray says he personally received the thumb drive containing the DNC data from disgruntled DNC employees, though he will not confirm that Seth Rich involved. Scientific tests performed by Bill Binney and his associates in other countries independently support Murray’s claims by proving that the DNC data published by WikiLeaks was obtained by someone with physical access to the server. The data transfer rates of the download were too fast to have been achieved through a remote hack.

Since the DNC refused to turn their server over to the FBI to be investigated and since neither WikiLeaks nor Binney were ever subpoenaed by the Mueller Investigation, it is very good news that Bill Binney will be entering this information into the legal record when he testifies in the Roger Stone defense case on June 21st.

The above interview probably is one of the most comprehensive in details about how U.S. citizens, often regarded as a “sheeple” culture, have been hoodwinked into believing what SGT’s Shawn calls the “Mockingbird press,” which is about to be exposed by the declassification of documents under guidance and with instructions from Attorney General William Barr.

Catherine Frompovich is the author of Our Chemical Lives And The Hijacking Of Our DNA: A Probe Into What’s Probably Making Us Sick.

There has been a widespread increase of chemicals being added to almost every type of food and retail product. With this overwhelming chemical exposure, there has been an increase in research and studies showing the life-threatening impacts on our health and well being. – Our Chemical Lives And The Hijacking Of Our DNA: A Probe Into What’s Probably Making Us Sick, book description.