Orlando Bloodbath Happened Because “No Skilled Shooters, Gay or Straight, Present in the Building”

Editor’s Comment: The assumption is that those who want gun control will push hard now with a tragedy centered around the LGBT community that can spark outrage and divert controversy from one argument to another distractionary one based around gender/sexual identity/politically correct politics. Rather than think clearly about how to become armed and defend their own, the political establishment are counting on herding this group into progressive dead ends where no one in society can protect themselves.

Will the public, and in particular the LGBT community, stand up for the right to bear arms, or will they go along with the mentality of being helpless? Contrary to the stereotypes, there are pro-gun LGBT groups out there and more cropping up in the wake of this incident; now is the time for them to stand up for the 2nd Amendment before the gun grabbers sweep in amid the hysteria. 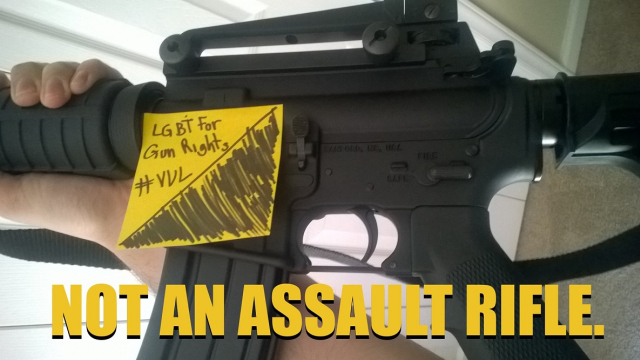 Numerous liberty movement analysts and proponents, myself included, have been warning about 2016 and the heightened potential for multiple terrorist events.  I have written extensively on the history of ISIS, its proven ties to western governments and the disturbing program to forcefully inject millions of Islamic refugees into western nations in the name of dubious “multiculturalism,” allowing thousands of potential terrorists into our borders without obstruction.  The reality is that terrorist attacks of small and medium scale are likely to become a monthly or weekly occurrence in the U.S. and the EU as we close in on the end of the year.  Get used to the idea, because this problem is not going to go away while our own governments are aiding and even funding the very psychopaths that they are supposed to be protecting people from.

The recent attack at at gay club in Orlando by a self-proclaimed ISIS advocate, killing at least 49 people and wounding at least 53 more, was not at all a surprise.  The scale of the attack should have been expected.  No one in the U.S. should have assumed anything less given the number of dead during events in Europe.

What is frustrating, however, is that even though these attacks are highly predictable, very few Americans seem to be preparing in any meaningful way to counter them.  In fact, I happened across a clip of establishment mouthpiece Bill O’ Reilly the other day arguing that there “is nothing that we can do” to stop such “lone wolf attacks”.

Ostensibly, this is an argument against the inevitable push for more gun control by Leftists in the wake of the Orlando massacre; but it also sets a dangerous and false precedent in the minds of the public.  The fact of the matter is, the American people CAN stop the majority of terrorist attacks of this nature anytime they wish, without the aid of government or the implementation of unconstitutional gun control measures.

On the “progressive” side of the debate, of course, their only solution is to promote more gun control. They have a habit of exploiting every tragedy in order to defile the 2nd Amendment and dance in the blood of mass shooting victims while furthering their agendas.  They could not care less about the people who died, they only care about the political capital their deaths can buy.

In the wacky social justice camp, a “feel good” approach is being pursued.  The argument among the cultural Marxists is that we must “turn hate into love,” whatever that means.  But the basic strategy seems to be to ignore the glaring problems with Islamic fundamentalism (whether supported by government or not) and blame straight white people for their supposed “colonial privilege” instead.

All camps also seem to be overly focused on the sexual proclivities of the victims.  The fact that a gay club was the target has LGBT organizations in a frenzied rush to capitalize on the hate crime train.  Of course, the reality that the Left has consistently defended the integration of Islam and western culture is never brought up.  I have not yet seen the social justice crowd explain how they can reconcile the jihadist contempt for homosexuals with their supposed concern for the safety of the gay community.  I am certainly interested to watch the mental gymnastics in action, though.

Frankly, the sexual “identities” of those killed does not really matter much.  Followers of ISIS have not necessarily shown any favoritism to any particular target group.  They’ll kill just about anyone, including their own comrades in arms if there is something to be gained by it.

With all the sociopolitical blathering going on in the mainstream media, the core issue has been completely overlooked — why did those people die?

As stated in the title, they did not die because they were gay.  ISIS agents kill all kinds of people under a spectrum of motives.  They may or may not have been attacked because they were gay (according to former classmates and his ex-wife, Mateen may have even been gay himself), but they died for other reasons. 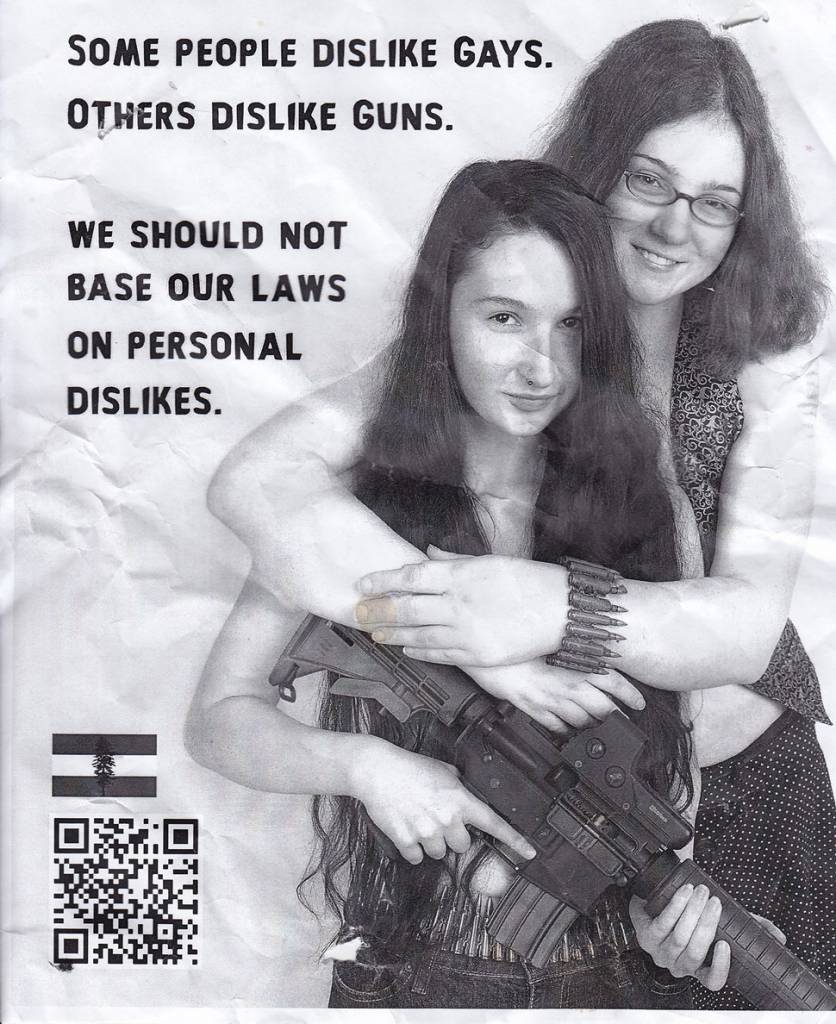 Photo: This street campaign surfaced in Washington state a few years ago to remind LGBT activists that gun rights are essential for the self-defense and liberty of everyone.

The victims also did not die because gun control measures are not in place; Omar Mateen passed background checks when purchasing his weapons.  No amount of added measures would have flagged him because he had no criminal record to speak of.  And, as the ISIS attacks in Paris proved, bad guys can get their hands on guns even in countries with the most stringent gun control laws.

Perhaps the federal government could have stopped Mateen; they had already been watching him for years.  But, the feds either ignored the danger or were well aware of the danger and did nothing (this seems to be a constant trend in the history of terrorism in the U.S.).  In either case, the government is not going to save you from terrorism, and if your only hope is that you expect the authorities to keep you from harm, you are probably going to die.

Leftists want to direct public interest towards the gay issue.  They want to make the Orlando attack a martyr’s cry for the LGBT community and social justice warriors.  But the cold truth is that most or all of the people killed in Orlando could have lived — if only they had a logical attitude of self defense.

I have enough tactical background to recognize a professional shooter.  Anyone who can walk into the sheer wall of human chaos that erupts in a crowded building during an active shooter scenario and still be able to achieve the fire discipline necessary to achieve kill shots on 50 people and wound 53 more is highly trained.  A random spraying of bullets into a crowd is not going to produce such results.  This was the work of a collected and skilled person, or, there were other shooters present that we are not yet aware of.

The ONLY remedy to remove a skilled active shooter (or even most unskilled active shooters) is another skilled shooter.  That night in Orlando ended in a bloodbath because there were no skilled civilian shooters, gay or straight, present in the building when the attack occurred.

Now, given, if a terrorist is searching for a soft target, you can’t get much softer than a gay night club.  The lack of self defense instinct and a penchant for anti-gun politics make the gay community easy pickings.  However, the potential for self defense is present in almost every person as long as proper training is applied.

As I have pointed out in the past, even the FBI admits that the vast majority of active shooter scenarios that are stopped are obstructed by civilians present at the event, NOT by law enforcement.  The great lie being perpetuated in the mainstream is that you must have “government training” to handle an active shooter.  In reality, civilians are the most common and effective stop measure.  Many active shooters will even commit suicide immediately after they meet any resistance from intended victims in order to avoid prolonged pain or capture.  You are the first and sometimes only responder when your own life is in danger.

In the end, the danger represented by “lone wolf” terrorism or organized terrorism is energized by the American public’s refusal (on both the Left and the Right) to accept that the only practical solution is an armed and trained citizenry.  We can argue for an eternity about “hate crime,” Islamic integration, government vigilance, etc.  None of it will amount to jack.  Nothing will ever be accomplished.  The real debate, the debate that the establishment does not want the American public to entertain, is the debate over our level of personal preparedness.

The mainstream narrative demands that we argue over gun control, multiculturalism, more government and better vetting of potential terrorists.  While all these issues are vital for various reasons, none of them confront the greater problem.  If Americans are not interested in methods to protect themselves, then all else is futile.  Each individual must decide his or her potential safety margin.

The bottom line?  If you want better odds of survival, you will arm yourself, you will train regularly to handle active shooter scenarios and you will carry your weapon avidly.  If you do not, then YOU are responsible for every consequence that you, and those you care for, suffer down the road. 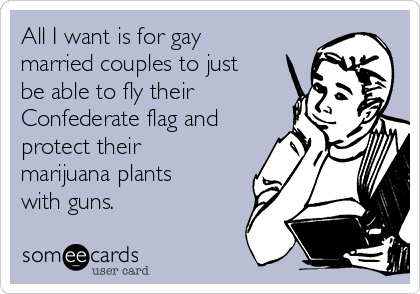