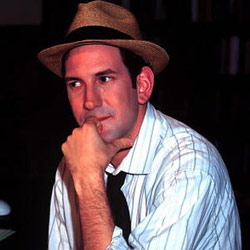 Arguably one of the most influential people in global media, Matt Drudge is known for his breaking stories and connections to Washington politicos. It is said that he often drives the news cycle with over 1 billion monthly readers, many of whom work in politics and media.

When Drudge says something people listen, because if there’s anyone who might get the heads up about events before they become public it’s him. And based on a tweet recently posted to his Twitter account it’s quite possible that he knows something we have not yet been made privy to.

On Sunday night President Obama delivered a pre-taped speech to audience members at the Grammy awards. Drudge posted a photo of the President from the speech and called Obama’s appearence “greasy.” He continued with the following ominous words: 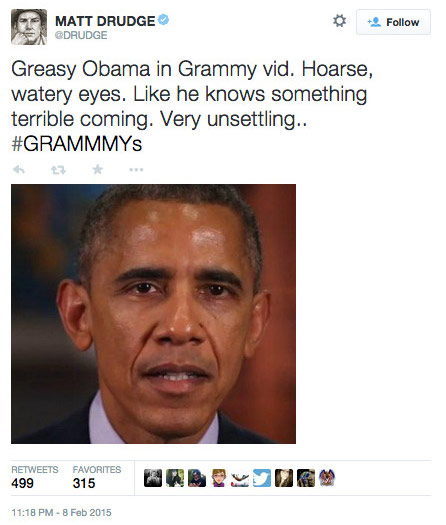 This is the short pre-recorded clip Drudge referenced in his Tweet:

What do you think? Does Drudge have the inside scoop? Or does he, like many Americans, understand that we are living on borrowed time and all signs are pointing to something terrible coming in the near future?

Perhaps it really is time to prepare for the worst, just in case.

Also Read: Crisis Investing: Americans Are Not Prepared For The Collapse Of The Dollar: “There Will Be Riots”