Obama: “We Are in the Midst of a Huge Recovery” 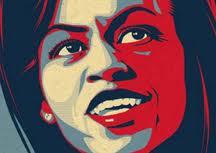 Today we are fortunate enough to be provided with an economic analysis from an unlikely source. She may not be a trained economist or nutritionist, but given that she knows what our children should be eating for school lunches you better bet she knows what a healthy economy looks like too!

The First Lady joined WPGC ‘s Pablo and Free in Washington D.C. for a radio interview this week and discussed her view that the US economy is well into recovery territory and only getting stronger.

After inheriting one of the worst recessions in history, Mrs. Obama makes it a point to tout her husband’s hand in bringing America back from the brink.

Michelle Obama: “I mean, we are seeing right now that we are in the midst of a huge recovery. Right?  Because of what this president has done.”

Michelle Obama: “Pulled this economy from the brink of collapse when we were losing 800,000 jobs a month. Now were gaining every… throughout most of his presidency, we’ve been adding jobs to this economy because of what he’s been doing. The stock market has doubled. Housing prices are rising. Foreclosure rates are lowering. But in the face of that, you still have people trying to convince us that things aren’t better.”

Michelle Obama:: “And that just doesn’t make sense. Now, Barack of all people knows that we still have a long way to go to completely rebuild the economy. But we’re headed in the right direction. And when you see all of that truth, it’s hard to understand why are people blocking this? Why are people talking about not raising taxes on wealthy people? Why is it that people don’t want to fight to make sure that veterans have job opportunities?”

Pablo and Free: “They just like to talk, Mrs. Obama.”

What we like, Mrs. Obama, is to talk to facts: 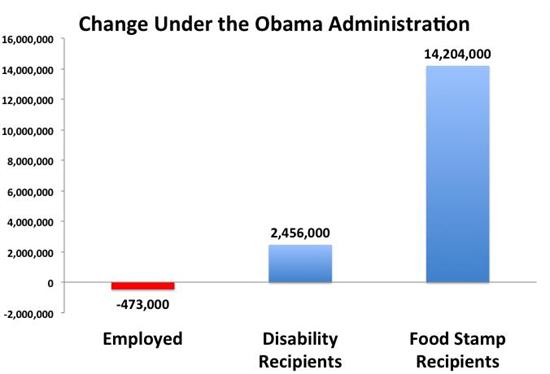 Technically, we’ve actually been losing jobs in this economy. Officially about 500,000 since the President took office. But if we’re looking from inside the bubble at the Bureau of Labor and Statistics unemployment rate dropping under 8% we can see where Mrs. Obama has gotten confused. She probably doesn’t realize that three Americans leave the labor force for each one that joins it, which skews the statistic by reducing the number of actual people officially available for work vs. the number currently working. In actuality, not enough jobs have been created to offset the millions that have been lost during the last four years and the unemployment rate, if calculated the way it was during the Great Depression, would be around 23%. 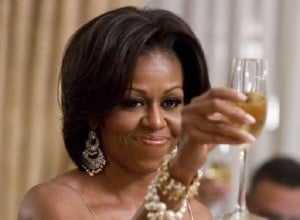 House prices may be rising, but they’re not alone. Under the President’s direction the country has printed more money in the last four years than during any other period in history. This massive inflation of our monetary supply has led to price increases across the board – for all consumer goods. We understand that it’s easy to be unaware of grocery store consumer price increases when you never have to do your own shopping and have a seven figure yearly budget for your own personal culinary team.

The other side effect of this multi-trillion dollar monetary infusion is a rising stock market. Yes, it’s doubled, and the top 10% of income earners in this country should be happy, because they own some two-thirds of all stocks in America. All the while, American workers struggle with salary cuts and minimum-wage jobs just to make ends meet. Very few average Americans have gained anything as a result of rising stock prices. As noted above, all we’ve really gotten is price increases for key commodities like food, gas, water, and electricity.

And while Ms. Obama may cite stocks price increases and a lower official unemployment rate as signs of a huge recovery, what she may not have realized is that during this time period the stock market wasn’t the only metric that has doubled.

Food stamp participation has too! Nearly 50 million Americans are now receiving nutritional food assistance, with an additional 50 million dependent on government distributions each month to pay their rent, utilities, health care and other expenses. In addition to these 100 million Americans living in or near the edge of poverty, a recent report reveals that, even though the Obama’s may be experiencing a huge recovery and economic boom complete with world sightseeing vacations, golf excursions and state dinners, the wealth of Americans has decreased 40% during Obama’s reign.

Yes, this President has done a heck of a job.

Thanks for trying Mrs. Obama, but we’re not buying it.