NY Gubernatorial Candidate: Pass Single-Payer, Then Figure Out How To Fund It 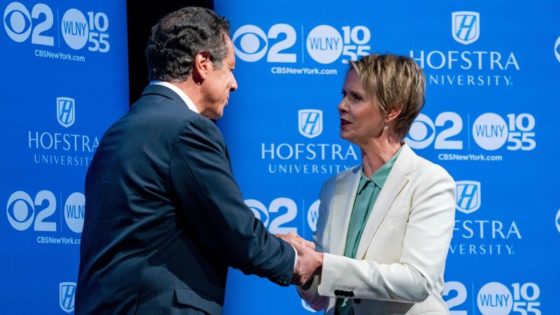 New York state’s gubernatorial candidate, actress Cynthia Nixon, is showing everyone exactly how irresponsible Democrats are when discussing anything financial. She says New York should pass a single-payer health care law first, then sit around figuring out who they will steal money from to make it work.

Nixon recently told the New York Daily News editorial board she did not yet have a plan to pay for single-payer, which by even the most conservative estimates, will need to see the state steal 156% more than they already do in taxes to cover it. “Pass it and then figure out how to fund it,” Nixon said.

According to a report by Fox News, Governor Andrew Cuomo, who Nixon is challenging in the Democratic primary next week, has said it should be up to the federal government to pass a universal health care system, and not be left up to the state of New York. During a debate between the two candidates last month, Cuomo said the proposed NYHA  (New York Health Act ) was good “in theory,” but would cost more than New York’s annual budget to implement it “in the long-term,” according to the Albany Times Union.

New York’s political elitists have been trying to get the government to fully take over health care for the peasants living in the state since 1992. As the Times Union reported, the NYHA has continuously been introduced by Democrats in the state Assembly every year since 1992 but it has always been unsuccessful in the Senate…which is good for the wallets of those living in New York. Already burdened with a huge amount of theft (taxation), New Yorkers would likely need to be forced to pay more than double what they already have taken from them in order for it to “work out” financially. Plus, as with all government-run programs, the quality of health care will decline substantially, as has been the way since the beginning of government programs.

Joe White, president of the Council for Affordable Health Coverage, has estimated that with single-payer both the “costs and taxes will rise, or patient access will be severely diminished – turning America’s medical system into a third-world product.”

Democrats don’t care though. They want to control everyone and what better way to maintain control over their tax slaves than to control their health care. This isn’t about covering every single person with health care. It’s about maintaining a power grip on the people the political elitists pretend they have the right to steal from and rule over.