NY Democrat Stole Hurricane Funds And Tried To Cover It UP 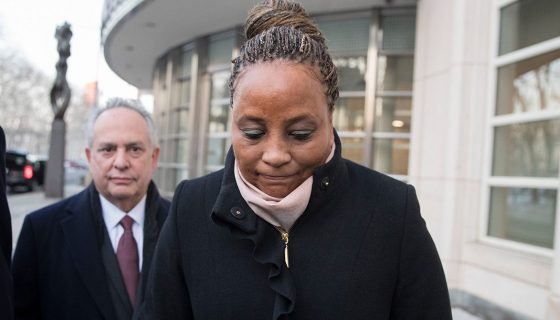 Another day, another corruption scandal involving a Democrat. New York Assemblywoman Pamela Harris, who claims to be an advocate for the poor, was charged with stealing Hurricane Sandy relief funds and trying to cover it up.

According to NBC NY, Pamela Harris, a former New York City correction officer, was named in an 11-count indictment charging her with cheating the two storm relief agencies out of thousands of dollars before and after she was elected to the State Assembly in 2017. The indictment also accuses the Coney Island Democrat of stealing from New York City Council coffers while running a nonprofit and lying about her schemes during bankruptcy proceedings in 2013.

As part of the scheme, prosecutors and FBI agents said she claimed the storm forced her out of her home by Sandy and into a rental on Staten Island, only to pocket $24,800 in housing payments from FEMA while living in her Brooklyn home, from 2012 to 2014. She also lied on a NYC Build it Back assistance application about living at the first-floor Staten Island apartment and submitted a forged lease and rental receipts, according to the indictment. -NBC NY

“Ms. Harris has been an invaluable community organizer and a well-regarded legislator. Especially given that background, we are disappointed that Ms. Harris was indicted,” her attorneys Joel Cohen and Jerry Goldfeder said in a statement.  Meaning that since Harris is a politician, she should be above the laws she forces on the rest of us.  Democrats always think they are “more equal” than everyone else.  The attornies added that she has pleaded not guilty and that the indictment does not relate to her conduct in office.

“Both before and during her tenure as a public servant, as alleged, Assemblywoman Pamela Harris went to great lengths to defraud local and federal agencies out of thousands of dollars,” said William Sweeney, the FBI’s assistant director-in-charge. “In fact, at a time when many residents in her district were dealing with the horrific aftermath of Hurricane Sandy, Harris was busy brewing a storm of her own, one that resulted in her receiving significant payouts by the very federal agency charged with helping those truly in need.”

So, in reality, Harris stole already stolen money. Since FEMA is funded by the taxpayer, and taxes by their very definition are, indeed, theft, she’s proven herself to be one of the very reasons many demand a much smaller government.

Harris is also accused of stealing more than $30,000 from New York City council between 2013 and 2015 while serving as the executive director of Coney Island Generation Gap, a nonprofit also known as CIGG that aimed at mentoring low and moderate-income children interested in media arts. According to the indictment, Harris funneled money given to the nonprofit meant to rent a studio space to her own personal bank accounts. And in 2015, she withdrew $22,800 directly from CIGG’s bank account and deposited into her personal checking account. Then, authorities said, she used the money to buy plane and cruise tickets for her and her spouse, pay her mortgage and make online purchases at Kohl’s and Victoria’s Secret.

According to the indictment, when Harris found out she was being investigated, she asked witnesses in the alleged schemes to lie for her.