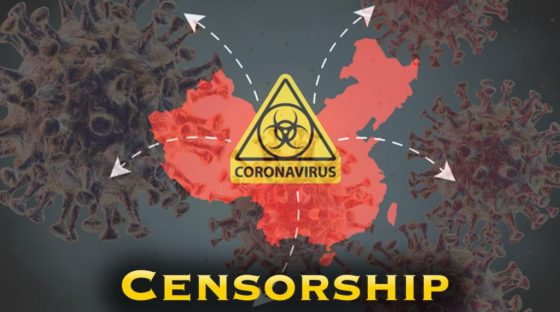 A Seattle-based NPR station has stated that it will no longer be airing President Donald Trump’s coronavirus briefings because of “misinformation.”  As we’ve learned over the past several years, misinformation is simply the information they don’t want you to hear.

So what is the “misinformation” Trump has been saying? Obviously things the mainstream media wants to avoid, like asking people to remain calm, look at the objective facts and statistics about the pandemic and stop playing into the fear-mongering of the mainstream media. Fear has boosted mainstream media’s ratings in the past few weeks, adding to their profits. Reopening the economy means people would be at work or at least out doing things instead of watching the panic-laced headlines scroll across the TV.

“KUOW is monitoring White House briefings for the latest news on the coronavirus — and we will continue to share all news relevant to Washington State with our listeners,” the station tweeted. “However, we will not be airing the briefings live due to a pattern of false or misleading information provided that cannot be fact-checked in real-time.”

However, we will not be airing the briefings live due to a pattern of false or misleading information provided that cannot be fact checked in real time. (2)

This habit of censorship needs to end now.  How about instead of censorship like totalitarian regimes resort to, we let people have access to all of the information and decide for themselves if it’s fact-based or not?  It’s time to provide people with facts, not fear. This is simply another tactic to panic Americans, who are already scared to death about the pandemic and the aftermath they’ll have to live through.

Most recently, Trump has called for the lifting of social distancing guidelines in the near future, perhaps by Easter, even though public health professionals are still grappling with the spread of the virus. He also has made false claims about the availability of tests, the timeline for finding a vaccine and the potential benefits of a treatment that includes the ingredient chloroquine. While there is some promising study of its potential use, it has not been approved for treatment. NBC News reported on one Arizona man who died after ingesting chloroquine phosphate, and his wife said that they learned about its use after watching a briefing. –Yahoo

First, calling for the lifting of the economic shutdown is not “misinformation.”  It should be done sooner and people should be responsible and not spread the disease, but destroying people’s lives to slow the spread is hardly a solution to the problem, which based on the objective statistics, isn’t that severe of a virus if you’re healthy.  It sure seems like NPR should be more worried about making sure people are getting objective facts rather than scaring them with the “reopening” of the economy.

The news networks have been covering the briefings live, but CNN and MSNBC cut away from them on Monday, as the event stretched beyond an hour.

Deputy White House Press Secretary Judd Deere criticized the channels for the decision as “disgraceful,” but an MSNBC spokesperson said that “after airing the press conference for over an hour we cut away because the information no longer appeared to be valuable to the important ongoing discussion around public health.” A spokeswoman for CNN said, “If the White House wants to ask for time on the network, they should make an official request. Otherwise, we will make our own editorial decisions.” –Yahoo

Pretty disgraceful that @CNN and @MSNBC have both cut away from this @WhiteHouse briefing with @realDonaldTrump and @Mike_Pence during a global pandemic. Thank you to @FoxNews for keeping Americans informed. #COVID19

The truth is, politicians rarely if ever tell the truth, and the majority of the public knows that.  Censorship, on the other hand, is nothing more than a tool of totalitarian control. It comes out when the media desperately needs to control the narrative. Perhaps they fear that they are losing the attention of the public. It’s difficult to say, but censorship (like what China used at the beginning of the coronavirus outbreak) is never acceptable.

For an eye-oenin take on why social distancing has become the “new normal,” check out James Corbett’s Propaganda Watch:

China Is CENSORING Coronavirus Critics In The United States

All that said, do the right thing and do not spread this virus around. Practice effective hand washing, teach your children how to properly wash their hands, and don’t be around other people if you’re sick.  Keep a safe distance between people while in public to avoid the virus, and if you feel more comfortable, wear a face mask.

Prepping For The Coronavirus: Hand Washing Is Vital